Billed as “150 audiobooks at paperback prices as low as $5.95”, Audible.com’s “The Paperback Sale” is, well, pretty much that. The SF/F listings include, among classics from Asimov, Bradbury, Vonnegut, Daniel Keyes’s Flowers for Algernon, Zoe’s Tale by John Scalzi, on and on, including Ship Breaker by Paolo Bacigalupi narrated by Joshua Swanson: 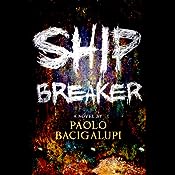 About half of this list is on my wish list — enough to fill up an entire summer very quickly.

Elsewhere in the sale there’s non-fiction:

Historical fiction: The Pillars of the Earth by Ken Follett narrated by John Lee

And at least for this sale, there’s an advertised end date: July 19.

Meanwhile: July 5 sees another pair of my more-anticipated summer SF releases. The first is Robert Charles Wilson’s Vortex, narrated by Scott Brick. (A preceeding book, Axis, is in the paperback sale.) 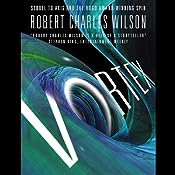 The other is Steven Gould’s 7th Sigma, which has just been added along with older books Reflex and Jumper. 7th Sigma also John Scalzi’s Whatever’s Big Idea post for today). 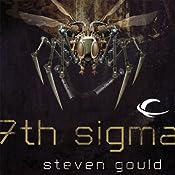 Other “just added” and “new releases” (I still don’t quite understand the distinction between these…) include: Hammered: The Iron Druid Chronicles, Book 3 by Kevin Hearne, Citadels of the Lost: The Annals of Drakis: Book Two by Tracy Hickman, Heaven’s Shadow by David S. Goyer, Summer of Night by Dan Simmons, and Open Your Eyes by Paul Jessup narrated by Tadhg Hynes (Iambik).