Link: A quiet couple of days does include Jonathan Lethem’s 1995 novel Amnesia Moon

I recently listened to my first audiobook from Jonathan Lethem, Gun, with Occasional Music, and though I’m not sure I’ll be picking up Amnesia Moon, his 1995 novel which is a new Recorded Books production of a Scott Sowers narration, it is the only new sf/f release across the past couple of days at Audible.com so it gets a little time in the spotlight: 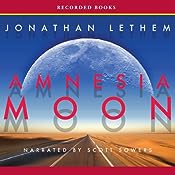 There is also a new thriller release that’s come across my radar, Children of Paranoia by Trevor Shane narrated by Steven Boyer and Emma Galvin, out today from Penguin Audiobooks concurrent with the book’s print release from Dutton Adult. The publicity campaign for this one was pretty interesting — a series of postcards with the “rules” of a secret world of assassins and conspiracies layered under and on top of our own:

All wars have rules.

Break the rules, become the target. 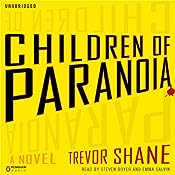