Audiobook release day: In Other Worlds: SF and the Human Imagination by Margaret Atwood

Today sees the audiobook (and Audible.com) release date for, among others: In Other Worlds: SF and the Human Imagination By Margaret Atwood Narrated by Susan Denaker: 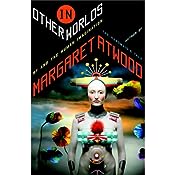 A collection of Atwood’s essays: “In Other Worlds: Science Fiction and the Human Imagination is Margaret Atwood’s account of her rela­tionship with the literary form we have come to know as science fiction. This relationship has been lifelong, stretch­ing from her days as a child reader in the 1940s through her time as a graduate student at Harvard, where she explored the Victorian ancestors of the form, and continuing with her work as a writer and reviewer.”

And added Friday: Immortality, Inc. By Robert Sheckley Narrated by Bronson Pinchot — Sheckley’s 1958-1959 novella, serialized in Galaxy Science Fiction as “Time Killer” and nominated for the Hugo Award for Best Novel, now in a little under 6 hours of audio from Blackstone Audio: 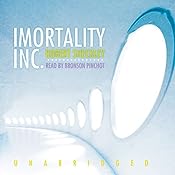