On the heels of a brief mention in TIME magazine and a glowing review by Jeff VanderMeer for Barnes & Noble, Zone One: A Novel By Colson Whitehead is out from Random House Audio, concurrent with its release in hardcover from Doubleday: 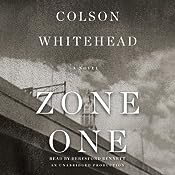 Narrated by Beresford Bennett, Zone One is both a zombie novel and a wry satire and it’s been on my watch list for a good bit. (Again, hat tip to Jeff VanderMeer, the source of many books in my too-long “to read” list.) There’s been plenty of building attention to the novel, from an interview and excerpt in Harper’s Magazine (with another excerpt in Equire, another glowing review in The Guardian, and another interview in GQ) to being named Oprah’s Book Of The Week. Heck, it’s even Bookrageous’s first pick for its book club. (And the book is featured in The Atlantic’s recent explorative article on literary/genre boundaries, with yet another interview in The Atlantic besides.)

Also out is Aloha from Hell (a Sandman Slim novel) By Richard Kadrey, from Brilliance Audio and narrated by MacLeod Andrews continuing as the voice of Sandman Slim and Kill the Dead: 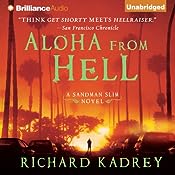 All three Sandman Slim books are part of Audible.com’s “Frighteningly Low Prices” sale which started today and continues through October 31, with Aloha from Hell coming in at $5.87 — there probably won’t be a better time to pick up the third installment.

Also member/sale priced at $5.87 are a pile of new Philip K. Dick audiobooks from Brilliance Audio:

More? There’s more. While these aren’t on my to-read list, another pair of big releases today in the fantasy and science fiction section:

Along with two more categorized in fiction, though Palahniuk’s certainly straddles some fences:

And there’s even a pair of YA releases today I want to mention:

UPDATE: Some late additions to the crop of releases:

This entry was posted in regular and tagged audible, audiobooks, zone one. Bookmark the permalink.