Audible.com release day: The Ringworld Throne, and Wake Up and Dream 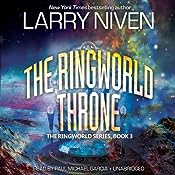 The second is Wake Up And Dream By Ian R MacLeod Narrated by Jeff Harding For Audible Ltd — this one is billed as “a dazzling collision of science, fantasy and history. Like the feelies themselves … film noir with Technicolor wraiths”: 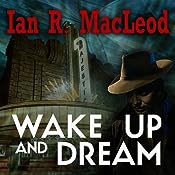 This one’s interesting on its own — though it’s a real pity this is an abridged version — but also because it is a new 2011 release from UK-based PS Publishing, well-reviewed in The Guardian (which says MacLeod should win the Arthur C. Clarke Award again for this novel, which he won for Song of Time). Why should the publisher excite me so? Well, I’m hoping this continues as a trend, and we get an audiobook for fellow 2011 PS Publishing novel Osama by Lavie Tidhar one of these days. But please. Stop abridging books. I’m holding out for unabridged recordings of World War Z: An Oral History of the Zombie War and The Amazing Adventures of Kavalier & Clay and … don’t get me started on this topic. Really.