When putting together my notes for my post about ChiZine Publications titles coming to audio, I noticed that Iambik Audiobooks — a fantastic independent publisher which is really putting out some great short and medium length titles — also had recently published a title from (speaking of fantastic and independent) Small Beer Press. That title is Couch by Benjamin Parzybok, but (with absolutely no offense meant to Parzybok!) it’s the fact that a relationship between Small Beer and Iambik is building which really caught my attention. Before I get into what’s coming and in the pipeline, and there’s probably more I’m missing, but there’s at least two other Small Beer Press titles already available in audio:

The first is The Poison Eaters and Other Stories By Holly Black Narrated by Holly Black For Brilliance Audio and the second is Redemption in Indigo By Karen Lord Narrated by Robin Miles For Recorded Books — a wonderful 6 and a half hours of oral storytelling: 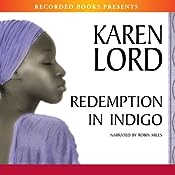 So. I wrote Miette at Iambik and she gave me the inside scoop on Iambik’s upcoming Small Beer titles:

Well, Here’s what we’ve got in production with Small Beer at the moment:

And then we struck up a conversation as to which Small Beer titles we’d most like to see come to audio. She led off with Kelly Link, and how can you go wrong with Kelly Link. Still, I have a pretty long wishlist where Small Beer Press is concerned:

Which is, probably, a list too long to be too useful. I gave her my top two picks, and no, I’m not telling! OK, they’re Was and The Liminal People. You twisted my arm, you meanie. What SBP titles are of the most interest to you? Who knows, wishes can come true. (Though when Link’s writing, maybe not exactly in the way in which you’ve wished…)