2011 in review, 4 of 4: My picks for the year’s best in science fiction and fantasy audiobooks

I already spilled the beans on my pick for the best new audiobook of the year, that being Glimpses By Lewis Shiner Narrated by Stefan Rudnicki:

This one I reviewed back in March, and my opinion of this 1994 World Fantasy Award winner hasn’t changed a bit: “This is an authentic book of a time that was and of timeless music that almost was, and true human characters moving between them. I enthusiastically recommend it.”

That said, there were a lot of really good audiobooks this year and I wanted to single out a few more.

The Magician King: A Novel by Lev Grossman, read by Mark Bramhall for Penguin Audio — “Throughout, he builds a magical atmosphere and tone, never saccharine, maintaining the perfect knife’s edge between the fragile and the real, charting well the heady waters of a truly worthy sequel to one of the new century’s great fantasies.”

Zoo City by Lauren Beukes, read by Justine Eyre for Angry Robot on Brilliance Audio — It’s every bit as “phantasmagorical” and wonderful as billed, with a delicious noir-ish plot set atop a sea of bizarre characters in a transfigured modern world. Zoo City was originally published in the UK last year, came out in US Kindle/Nook last fall, but appears to have not reached the US print market until early January this year (though it still sports a late December release date per Amazon.com).

Embassytown by China Mieville, read by Susan Duerden for Random House Audio — “Duerden ably pilots us through the dense linguistic plot, and nice production touches give listeners a flavor of the Ariekei tongue of which readers can only be jealous, mashing words on top of each other to create a truly alien effect. Meanwhile the book never devolves into pointless and expansive background and detail, without leaving us truly in the dark. In short, Mieville creates an alien world and lets it breathe.” 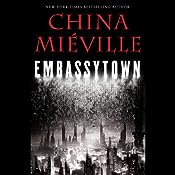 How to Live Safely in a Science Fictional Universe by Charles Yu, read by James Yaegashi for Recorded Books — Yaegashi nails it, where “it” is the voice of this strange, self-referential, trope-playing book-within-a-book-within-a-book of time travel, fathers and sons, virtual dogs, and choosing to choose which was published in print last year. 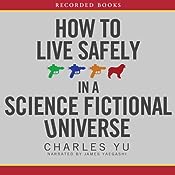 Germline: The Subterrene War, Book 1 by T. C. McCarthy, read by Donald Corren for Blackstone Audio, Inc. — “The book doesn’t have the star-spanning scope of Joe Haldeman’s The Forever War, and it doesn’t have the attention to detail of Hammer’s Slammers. But neither of these is the point. The novel is a first person foray into a future war through the eyes of an increasingly strung-out failed journalist. There is no lengthy exposition of how the battle suits work, what the weapons or countryside look like, or, in fact, lengthy exposition at all. There are missteps (particularly in some of the major transitions) and the book doesn’t achieve perfection, but there’s just something to it.”

The Quantum Thief by Hannu Rajaniemi, read by Scott Brick for Macmillan Audio — “The Quantum Thief does a lot of things well: non-stop action; semi-hard sf (it’s hard sf but without the explanation, if that makes sense) but at its heart this is a heist novel. A strange (almost surreal) wall of new technology permeates the story, and we don’t really stop for a breath or explanation.” 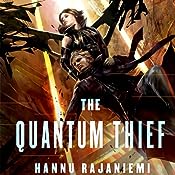 The Night Circus by Erin Morgenstern, read by Jim Dale for Random House Audio — The core of this nonetheless beautiful novel is somewhat hollow, but Dale’s narration is a delicate and yet forceful masterpiece, bringing flame, shadow, ice, and sleight of hand to wonderful life. 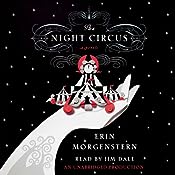 Ready Player One by Ernest Cline, read by Wil Wheaton for Random House Audio — Wheaton taking on Dungeons & Dragons, Joust, Zork, Wargames, Pac-Man, and in particular a demi-lich (and name-checking … himself!) turns this novel from a page-turning 80s pop culture geek power fantasy into a meme-carrying treasure box of hidden springs and guilty pleasures. 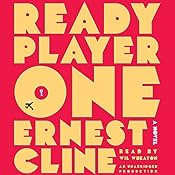 A Dance with Dragons: A Song of Ice and Fire: Book 5 by George R. R. Martin, read by Roy Dotrice for Random House Audio — Dotrice makes his triumphant return to George R. R. Martin’s series after missing book 4, but the ponderous weight of the series weighs this installment down even as we can once again exult in feasting, chess pieces moving to and fro, characters being developed and discarded in gruesome fashion, and, here, once again, Tyrion Lannister in the wild. A warning, though: new voice characterizations, for Daenerys in particular, are a jarring change from Dotrice’s previous narrations in this series. 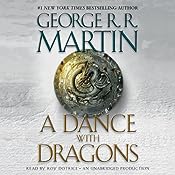 Journal of a UFO Investigator: A NovelBy David Halperin Narrated by Sean Runnette For Blackstone Audio: 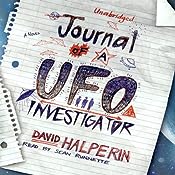 It looks like my review there is still the loneliest review at Audible.com, which means not nearly enough people have taken a chance on this debut novel, which is a darned shame as this novel really does “cast real problems in an unreal context” and is a beautiful coming of age story with all kinds of science fictional elements weaving in and out of it. When I’ve looked back on the year, this February release really stands out as the one I’ll be thinking of when people ask, “What was your favorite new novel of 2011?”

Whew! What a year. I didn’t “read” nearly everything, or even nearly everything that looked very much worth listening to. I’ll remedy some of those omissions in the coming years, but for now, for here, for me, for 2011, these are the new audiobooks I loved.

5 Responses to 2011 in review, 4 of 4: My picks for the year’s best in science fiction and fantasy audiobooks