I have resisted doing many of these off-Tuesday release posts, but this one is a biggie for me: The Dread: Fallen Kings Cycle, Book 2 By Gail Z. Martin, Narrated by Kirby Heyborne for Tantor Audio: 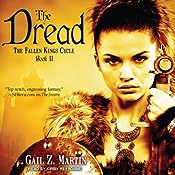 “The Dread, Book Two of the Fallen Kings Cycle, picks up the adventures of Tris, Jonmarc, and the Winter Kingdoms gang immediately after the events in The Sworn. Summoner-King Tris Drayke takes what remains of his army north for a war he is ill-prepared to fight, as reports from spies confirm Tris’s worst fear. A new threat rises across the sea: a dark summoner who intends to make the most of the Winter Kingdoms’s weakness. In Isencroft, Kiara’s father is assassinated and she will now have no choice except to return and claim the crown. But she must leave behind her husband and their infant son to face the dark power that threatens her rule.”

Narrator Heyborne returns to reprise his role in The Sworn which began this second series in the Winter Kingdoms from author Martin. The first series, Chronicles of the Necromancer, comprises four books: The Summoner, The Blood King, Dark Haven, and Dark Lady’s Chosen, all read by Peter Ganim for Audible Frontiers: 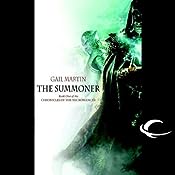 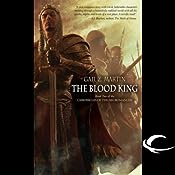 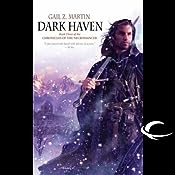 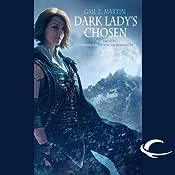 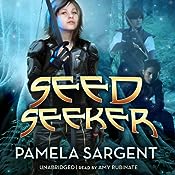 “An adventure in colonization and conflict from acclaimed science fiction writer Pamela Sargent. Several hundred years ago, Ship, a sentient starship, settled humans on the planet Home before leaving to colonize other worlds, promising to return one day. Over time, the colony on Home divided into those who live in the original domed buildings of the colony, who maintain the library and technology of Ship, and those who live by the river, farming and hunting to survive. The dome dwellers consider themselves the protectors of “true humanity” and the river people “contaminated,” and the two sides interact solely through ritualized trade: food and goods from the river people in exchange for repairs and recharges by the dome dwellers. Then a new light appears in the night sky. The river people believe it might be Ship, keeping its promise to return, but the dome dwellers, who have a radio to communicate with Ship, are silent. So Bian, a teenaged girl from a small village, travels upriver to learn what they know. As she travels through the colony of Home, gaining companions and gathering news, Bian ponders why the dome dwellers have said nothing. Has Ship commanded them to be silent, in preparation for some judgment on the river people? Or are the dome dwellers lying to Ship, turning Ship against their rivals?”

And also out today is a horror collection: Houses Without Doors By Peter Straub, Narrated by Patrick Lawlor for Brilliance Audio: “These psychic and horror fictions – seven of them short-shorts – reveals Straub at his spellbinding best. Two tales (first installments of his Blue Rose trilogy), are linked to Koko and Mystery and exactingly probe the consequences of boyhood clashes with evil”