February goes out with quite a splash, with T. C. McCarthy’s Exogene: The Subterrene Trilogy, Book 2, Michael Swanwick’s Dancing with Bears: A Darger and Surplus Novel, Sergey and Marina Dyachenko’s The Scar, and Elizabeth Hand’s Available Dark.

EXOGENE: Read by Bahni Turpin for Blackstone Audio and released concurrently with the mass market and e-book from Orbit, Exogene sets up as a much more traditional military sf novel than did the author’s debut, 2011’s Germline. Germline was read by Donald Corren, and was a drug-addled war journalism narrative, glossing a bit over technical details whether of weaponry, mech suits (other than detailing a bit of the waste system), or of the eponymous genetic engineering. 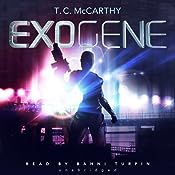 Here, Exogene shares only the setting — a near future war over mineral resources in Kazakhstan and its surrounds — and a first person perspective. The voice has changed, as has the narrator’s attention to technical detail. Turpin shows us the Subterene War from the point of view of Catherine, one of the genetically-engineered soldiers used by the United States and its allies. We find out some technical details of her flechette rifle such as its capacity, speed, and firepower. We find out more about the science and psychology and training behind the Germline project, and the lives, loves, and losses of women who were more shallowly perceived by the aforementioned drug-addled male journalist in the first book. This is not to say that there aren’t a few missteps: in the first quarter of the audiobook, some post-production artifacts remain from re-recordings for corrected pronunciations, though they aren’t too distracting. And for my money, though this was admittedly a review copy, some of the emotional impact of these losses don’t appear fully realized or felt. (Though, again, there are drugs and psychological conditioning at work.) But overall Turpin does a quite capable job here of bringing the “girls” (16-18 year olds) to a richer life, amidst a wider and richer cast of characters than inhabited the close quarters of Germline. Turpin’s turn at Russian (and other accents) are mostly well done, easily besting recent attempts from other non-native narrators (Malcolm Hillgartner’s forgettable tries at Russian, Hungarian, and Chinese accents in Neal Stephenson’s Reamde for example) though at times the closing words of sentences lose their flavor. It’s a good thing Turpin can handle her Russians, because we see quite a few of them, and hear a fair bit of Russian along the way towards discovering what it is the Russians are up to, exogentically. (If you’re guessing “exoskeleton”, you’re on the right track.)While Germline spent quite a bit of the capital of sf ideas for the world of the Subterrene War and had a more unique voice, Exogene sees McCarthy come a bit more into his powers of plot, and already leaves me wondering on where he’ll go with the trilogy’s conclusion, Chimera, due out in August. More info: 4 short films at The Subterrene War Clips website present fictional interviews.

DANCING WITH BEARS: Read by the always amazing Stefan Rudnicki for Audible Fontiers, this book was first published by Night Shade Books on May 17, 2011. I haven’t read this one yet, so I’ll pass along Jeff VanderMeer’s thoughts in his “dozen of the best from 2011” year-in-review for Locus: ”In this daring post-utopian novel complete with dangerously weird robots, con-men Darger and Surplus are on their way to Russia, having quite “innocently” acquired a caravan delivering a priceless gift from the Caliph of Baghdad to the Duke of Muscovy. Once they reach Moscow, an absurd level of intrigue, revolution, and double-crossing occurs. Fritz Leiber set a high bar indeed for loveable rogues with his Fafhrd and the Grey Mouser series. It’s such a high bar that I find most riffs on this kind of thing tiresome and not at all witty. But Michael Swanwick has, in Dancing with Bears, provided readers with two of the narstiest and most entertaining such rogues in recent memory.” 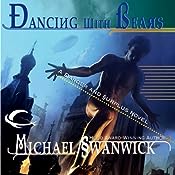 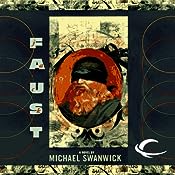 Joined today by another new Swanwick audiobook from Audible Frontiers, Jack Faust (read by Peter Ganim), Dancing with Bears caps off no fewer than five new audiobooks pairing the publisher and author this year: The Iron Dragon’s Daughter, Stations of the Tide, and Bones of the Earth on Feb 7 being the other three.

THE SCAR: I’ve already used up far too much space above the fold, but all-star narrator Jonathan Davis brings this Russian bestseller to audio concurrently with the hardcover and e-book from Tor. (Its release is heralded enough that Audible prepared a new mini-feature on translations in audio for the occasion.) Compared to Robin Hobb, Michael Moorcock, and Patrick Rothfuss, this Sword in the Stone winner comes across the language divide bearing a starred review in Kirkus for its “rich, vivid, tactile prose, with a solid yet unpredictable plot—and an extraordinary depth and intensity of character reminiscent of the finest Russian literature”, and narrated by commensurate pro Davis (Paolo Bacigalupi’s The Alchemist and The Windup Girl being just two of my favorites of his narrations), this one makes for quite the crowded end of February for me. 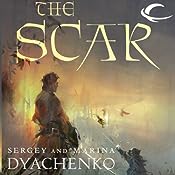 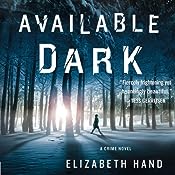 AVAILABLE DARK: Narrated by Carol Monda for Audible, Inc., Hand returns to the crime novel ouvre she nearly perfected with Generation Loss. Published in print by Minotaur Books on Feb 14, it’s an unexpected surprise on a day which had its share of unexpected absences.