Release Week: Tanith Lee’s Tales from the Flat Earth and A. Lee Martinez’s Emperor Mollusk Versus the Sinister Brain

Leading a fairly quiet first Tuesday in March in terms of new audiobook releases are the five books in Tanith Lee’s series Tales from the Flat Earth, all read by Susan Duerdan for Audible Frontiers: 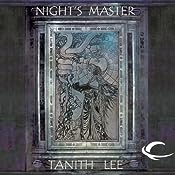 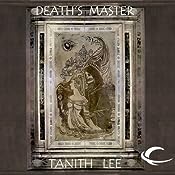 “Night’s Master is the first book of the stunning arabesque high-fantasy series Tales from the Flat Earth, which, in the manner of The One Thousand and One Nights, portrays an ancient world in mythic grandeur via connected tales. Long ago when the Earth was flat, beautiful, indifferent Gods lived in the airy Upperearth realm above; curious, passionate demons lived in the exotic Underearth realm below; and mortals were relegated to exist in the middle. Azhrarn, Lord of the Demons and the Darkness, was the one who ruled the night, and many mortal lives were changed because of his cruel whimsy. And yet, Azhrarn held inside his demon heart a profound mystery which would change the very fabric of the Flat Earth forever. Come within this ancient world of brilliant darkness and beauty, of glittering palaces and wondrous elegant beings, of cruel passions and undying love. Discover the exotic wonder that is the Flat Earth.”

Also of interest and out on Monday, Emperor Mollusk Versus the Sinister Brain by A. Lee Martinez, read by Scott Aiello for Audible Frontiers: 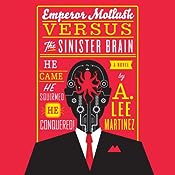 Coming in at a bit under 7.5 hours: “Emperor Mollusk. Intergalactic Menace. Destroyer of Worlds. Conqueror of Other Worlds. Mad Genius. Ex-Warlord of Earth. Not bad for a guy without a spine. But what’s a villain to do after he’s done… everything. … But Mollusk isn’t about to let the Earth slip out of his own tentacles and into the less capable clutches of another. So it’s time to dust off the old death ray and come out of retirement. Except this time, he’s not out to rule the world. He’s out to save it from the peril of the Sinister Brain!”

OUT EARLIER THIS WEEK:
MISSING IN ACTION:
WHERE’S THE AUDIOBOOK: