A prolific and intriguing release week is led by The Games By Ted Kosmatka, Narrated by Scott Brick for Random House Audio — “This stunning first novel from Nebula Award and Theodore Sturgeon Memorial Award finalist Ted Kosmatka is a riveting tale of science cut loose from ethics. Set in an amoral future where genetically engineered monstrosities fight each other to the death in an Olympic event, The Games envisions a harrowing world that may arrive sooner than you think. Silas Williams is the brilliant geneticist in charge of preparing the U.S. entry into the Olympic Gladiator competition, an internationally sanctioned bloodsport with only one rule: No human DNA is permitted in the design of the entrants. Silas lives and breathes genetics; his designs have led the United States to the gold in every previous event. But the other countries are catching up. Now, desperate for an edge in the upcoming games, Silas’s boss engages an experimental supercomputer to design the genetic code for a gladiator that cannot be beaten.” 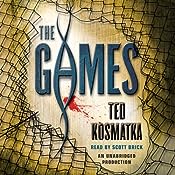 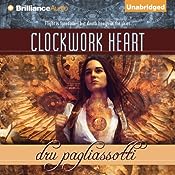 Clockwork Heart (2008) By Dru Pagliassotti, Narrated by Kate Rudd for Brilliance Audio — “Taya soars over Ondinium on metal wings. She is an icarus – a courier privileged to travel freely across the city’s sectors and mingle indiscriminately among its castes. But even she can’t outfly the web of terrorism, loyalty, murder, and intrigue that snares her after a daring mid-air rescue. Taya finds herself entangled with the Forlore brothers, scions of an upperclass family: handsome, brilliant Alister, who sits on the governing council and writes programs for the Great Engine; and awkward, sharp-tongued Cristof, who has exiled himself from his caste and repairs clocks in Ondinium’s lowest sector. Both hide dangerous secrets, in this city that beats to the ticking of a clockwork heart.”

The Omega Point Trilogy (1983) By George Zebrowski, Narrated by Oliver Wyman for Audible Frontiers — “6599 A.D.: The war between the Earth Federation and the Herculean Empire had been over for more than three centuries. The planet in the Hercules Globular Cluster was a cinder; the few descendents of the surviving Herculeans lived on Myraa’s World, half a galaxy away, in what seemed to be a religious commune. But on an unnamed planet, deep within the Hercules Cluster, two survivors, father and son, gather their resources and plan to enforce a reign of terror over the Federation worlds. But the woman Myraa has a different vision – one which excludes empires and warring armies. Subtly, she strives to shape events toward a different end. Rising to one of the most unusual climaxes in recent fantastic literature, this novel of chase and vengeance depicts a colorful, poetic future which is struggling to overcome its past. Filled with striking twists and vivid ideas, this is space opera at its most modern.” (Another Zebrowski novel, Brute Orbits, is also out Tuesday, read by William Dufris.) 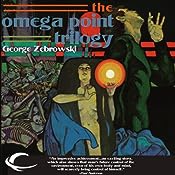 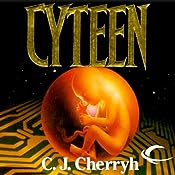 Cyteen (1988) By C. J. Cherryh, Narrated by Gabra Zackman and Jonathan Davis for Audible Frontiers — Hugo Award for Best Novel — “The saga of two young friends trapped in an endless nightmare of suspicion and surveillance, of cyber-programmed servants and a ruling class with century-long lives – and the enigmatic woman who dominates them all. Narrators Jonathan Davis and Gabra Zackman skillfully split up this sweeping sci-fi epic that is ‘at once a psychological novel, a murder mystery, and an examination of power on a grand scale.’ (Locus)” This is the first of Cherryh’s novels to come to Audible, and it’s no bite-sized offering at nearly 37 hours.

Fiction: The Vanishers By Heidi Julavits, Narrated by Xe Sands for  Dreamscape Media, LLC — concurrent with print release from Doubleday — “ Julia Severn is a student at an elite institute for psychics. Her mentor, the legendary Madame Ackermann, afflicted by jealousy, subjects Julia to the humiliation of reliving her mother’s suicide when Julia was an infant. As the two lock horns, and Julia gains power, Madame Ackermann launches a desperate psychic attack that leaves Julia the victim of a crippling ailment. But others have noted Julia’s emerging gifts, and soon she’s recruited to track down an elusive missing person who might have a connection to her mother. As Julia sifts through ghosts and astral clues, everything she thought she knew of her mother is called into question, and she discovers that her ability to know the minds of others goes far deeper than she ever imagined.” 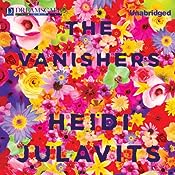 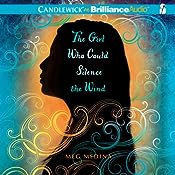 Teens/Fiction: The Girl Who Could Silence the Wind By Meg Medina, Narrated by Cristina Panfilio for Candlewick on Brilliance Audio (Candlewick, March 13) — “Though everyone in the village of Tres Montes thinks Sonia Ocampo is blessed, she knows she is nothing but a fraud. She’s spent her life listening to the hopes and wishes of her neighbors and family, but when a classmate dies despite her prayers, she is forced to realize that she has no special powers –  no way to prevent bad things from happening. …  With a hint of magical realism and romance, Meg Medina weaves a poignant tale about a girl who dares to face life’s harsh truths and find power within herself.”