Release week for Tuesday, May 8, 2012: My top pick this “week” is Last Dragon by J.M. McDermott, read by Cori Samuel for Iambik Audiobooks. This is a bit of a cheat job, as the audiobook was actually released in audio in late April, but I missed its arrival then so I will trumpet it loud and clear now: this is the next book I’m listening to. (See that “currently listening to” sidebar? Yeah, that.) Originally published as the first novel in Wizards of the Coast’s Discoveries series in 2008, and re-issued in paperback and e-book by Apex Book Company in early 2011, the book placed 8th in the 2009 Locus Poll for First Novel and was shortlisted for an IAFA William Crawford Award and included on Amazon.com’s Top 10 Year’s Best Science Fiction and Fantasy 2008. I’ve read some great reviews (by Kaolin Fire and John H. Stevens in particular), enjoyed meeting JM and hearing him read from his short fiction, and am looking forward to diving into this mosaic story of Zhan’s quest for vengeance in a world of bison-riders, shamans, heretic paladins, and betrayals. Choice review quote: “This fantasy adventure belongs in libraries where literary fantasy in the tradition of Gene Wolf, A.A. Attanasio, and Gabriel García Márquez is popular.” –Library Journal. 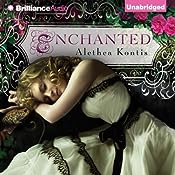 Though it’s fairly quiet week for new adult titles, it’s another week of strong YA releases to start the merry month of May, this time led by Alethea Kontis’s debut novel Enchanted, Narrated by Katherine Kellgren for Brilliance Audio, the Big Idea behind which she explains over on Scalzi’s Whatever blog as starting with fairy tales like the frog prince and then: “I took all those tales and rhymes you know and love (and some you’ve never heard of) at their word, and I rehydrated them. I filled in some blanks, came to some logical conclusions, and fit them together like John Nash puzzle pieces.”

The Gift of Fire & On the Head of a Pin: Two Short Novels from Crosstown to Oblivion By Walter Mosley, Narrated by Dominic Hoffman and Beresford Bennett for Random House Audio. At 6 hrs and 29 mins in total, each novel is indeed a short one. There’s always been something about the old Ace doubles that never quite leaves the memory, and recent months have seen a few of these “two short novels” packaged in print in just that old way, where instead of reading from front to back and encountering book number two about halfway through, you read from front to middle, and then turn the book over and read from “front” to middle again. Here’s the print book “covers” instead of the audiobook cover:

These “doubles”, whether multiple authors (The New People/Elegant Threat) or, as in Mosley’s case, single-author doubles (The Thorn and the Blossom: A Two-Sided Love Story by Theodora Goss) have always intrigued me, and in the age of e-books and audiobooks they ask the question of how the reader experience changes, if at all. For other books that could have been doubles, such as Paolo Bacigalupi and Tobias S. Buckell’s excellent The Alchemist and the Executioness, the shared world in audio is hard to experience in other ways than the order presented. For these “upside down” bound print books, the reader has a choice, and the choice seems so easily able to inform the reading, particularly in the case of Goss’s book, as each of the short novels share a world and overall story (and additionally for book-binding wonks uses the “accordion” style and comes with a box case), whereas here Mosley’s tales are each standalone. These kinds of double stories exist n the e-book world as well, for example Minister Faust’s The Alchemist of Kush, the author explicitly invites reading the storylines in a variety of orders — first one, then the other, or vice versa, or (for those very, very handy with e-bookmarks) in alternating chapters. But where am I going with this? I’m rambling. I’ll close by linking to Mosley’s recent essay, “The Case for Genre”. 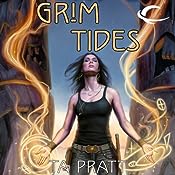 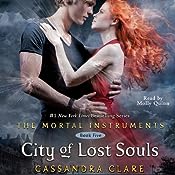