My most anticipated release this week comes from the fiction section: The Amazing Adventures of Kavalier & Clay By Michael Chabon, Narrated by David Colacci for Brilliance Audio. FINALLY an UNABRIDGED recording! Colacci’s narration of the abridged version was a mere 8 hrs and 53 mins — about one third of the full 26 hrs and 20 mins of the unabridged recording. “It’s 1939, in New York City. Joe Kavalier, a young artist who has also been trained in the art of Houdiniesque escape, has just pulled off his greatest feat: smuggling himself out of Hitler’s Prague. He’s looking to make big money, fast, so that he can bring his family to freedom. His cousin, Brooklyn’s own Sammy Clay, is looking for a partner in creating the heroes, stories, and art for the latest novelty to hit the American dreamscape: the comic book.” Next: somebody bring us the unabridged Yiddish Policeman’s Union in digital audio, please. 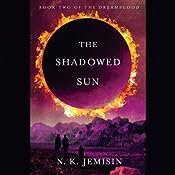 Completing N. K. Jemisin’s Dreamblood duology just a month and a half after the release of The Killing Moon: Dreamblood, Book 1 is The Shadowed Sun: Dreamblood, Book 2, Narrated once again by Sarah Zimmerman for Hachette Audio: “Gujaareh, the city of dreams, suffers under the imperial rule of the Kisuati Protectorate. A city where the only law was peace now knows violence and oppression. And nightmares. A mysterious and deadly plague haunts the citizens of Gujaareh, dooming the infected to die screaming in their sleep. Trapped between dark dreams and cruel overlords, the people yearn to rise up – but Gujaareh has known peace for too long. Someone must show them the way.”

It’s also another busy week for Audible Frontiers, bringing several previously published series to audio. The series I’m most excited about is Brenda Cooper’s  Silver Ship which begins with The Silver Ship and the Sea: Silver Ship, Book 1 (2007), Narrated by Lauren Fortgang. Fortgang is joined by Christopher Kipiniak for the remainder of the series: Reading the Wind: Silver Ship, Book 2 (2008) and Wings of Creation: Silver Ship, Book 3 (2009). The first of the two main reasons I’m excited about this release is having previously liked Cooper’s work: both her novel co-written with Larry Niven, Building Harlequin’s Moon, and her short fiction (particularly “My Father’s Singularity” at Clarkesworld). The second is the pitch for the series: “The colony planet Fremont is joyous, riotous, and very wild. Its grasses can cut your arms and legs to ribbons, the rinds of its precious fruit can skewer your thumbs, and some of the predators are bigger than humans. Meteors fall from the sky and volcanoes erupt. Fremont is verdant, rich, beautiful, and dangerous. Fremont’s single town, Artistos, perches on a cliff below rugged mountains. Below Artistos lie the Grass Plains, which lead down to the sea. And in the middle of the Grass Plains, a single silver spaceship lies quiet and motionless. The seasons do not dull it, nor do the winds scratch it – and the fearful citizens of Artistos won’t go near it.” 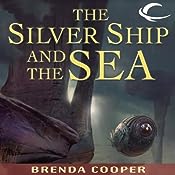 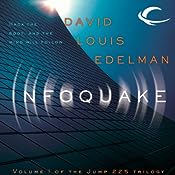 NEWLY ON THE LONG RANGE RADAR:

The Rise of Ransom City by Felix Gilman (Tor, November 27) — sequel to The Half-Made World and proposes to tell more of the story of Harry Ransom, introduced in the excellent novellete “Lightbringers and Rainmakers”: