Posted on 2012-06-20 by montsamu
The release week for June 19 brings even more summer big-idea science fiction, led by two much-anticipated novels. The first (though how do you pick between them?) is Existence by David Brin, Narrated by Kevin T. Collins, Robin Miles, and L. J. Ganser for Audible Frontiers, concurrent with its hardcover and e-book release from Tor Books. At 32 and a half hours, it’s no lightweight, combining several point of view characters along with multiple “non-fiction” tracks as Brin follows the story of an alien artifact and the future of humanity and Earth. In early reviews, there’s an in-depth and balanced review at Far Beyond Reality, and an overwhelmingly positive review at io9. 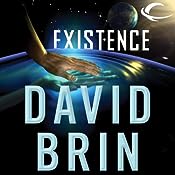 Second (or 1-B, or 1-A, or whatever) is The Long Earth: A Novel By Terry Pratchett and Stephen Baxter, Narrated by Michael Fenton-Stevens for Harper Audio, concurrent with its hardcover and e-book release from Harper. A much smaller bite than Existence at 11.5 hours, it concerns the idea that many alternate worlds and Earths exist, and that people can learn to fairly easily step between them; the principle storyline follows an expedition into The Long Earth. “The first novel in an exciting new collaboration between Discworld creator Terry Pratchett and the acclaimed SF writer Stephen Baxter, The Long Earth transports readers to the ends of the earth – and far beyond. All it takes is a single step… .”

The first of two more novels I’ll note above the “read more” link is The Reckoning By Alma Katsu, Narrated by Laurel Lefkow for Simon & Schuster audio: “Alma Katsu delivers the highly anticipated follow-up to her haunting novel (The Taker) about an immortal woman learning firsthand that the heart wants what the heart wants … no matter how high the stakes.” 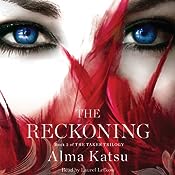 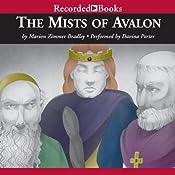 The second is The Mists of Avalon (1982) By Marion Zimmer Bradley, Narrated by Davina Porter for Recorded Books — collecting the previously released 4-part 1993 recordings into one nearly 51-hour audiobook, currently available for one credit. “In this epic work, Bradley follows the arc of the timeless tale from the perspective of its previously marginalized female characters: Celtic priestess Morgaine, Gwenhwyfar, and High Priestess Viviane.”

Just added to the long-range radar:

Bowl of Heaven by Larry Niven and Gregory Benford (Tor, October 16, 2012) — no audio news: “In this first collaboration by science fiction masters Larry Niven (Ringworld) and Gregory Benford (Timescape), the limits of wonder are redrawn once again as a human expedition to another star system is jeopardized by an encounter with an astonishingly immense artifact in interstellar space: a bowl-shaped structure half-englobing a star, with a habitable area equivalent to many millions of Earths…and it’s on a direct path heading for the same system as the human ship. A landing party is sent to investigate the Bowl, but when the explorers are separated—one group captured by the gigantic structure’s alien inhabitants, the other pursued across its strange and dangerous landscape—the mystery of the Bowl’s origins and purpose propel the human voyagers toward discoveries that will transform their understanding of their place in the universe.”