The release week for Tuesday July 17 sports a pair of anticipated sf audiobooks, along with a “genre in the mainstream” title and all-star cast zombie anthology.

The first of the sf titles is a the first in a planned prequel series to Ender’s Game, telling the story of first contact and the First Formic War, introducing (but only just) a young Mazer Rackham, and exploring both the powerful reach of interstellar corporations and the tightly-knit lives of independent mining families. The book is Earth Unaware by Orson Scott Card and Aaron Johnston, and is narrated for Macmillan Audio by a full cast including Stefan Rudnicki, Stephen Hoye, Arthur Morey, Vikas Adam, Emily Janice Card, Gabrielle de Cuir, and Roxanne Hernandez. “The mining ship El Cavador is far out from Earth, in the deeps of the Kuiper Belt, beyond Pluto. Other mining ships, and the families that live on them, are few and far between this far out. So when El Cavador’s telescopes pick up a fast-moving object coming in-system, it’s hard to know what to make of it. It’s massive and moving at a significant fraction of the speed of light. El Cavador has other problems. Their systems are old and failing. The family is getting too big for the ship. There are claim-jumping corporate ships bringing Asteroid Belt tactics to the Kuiper Belt. Worrying about a distant object that might or might not be an alien ship seems…not important. They’re wrong. It’s the most important thing that has happened to the human race in a million years. The first Formic War is about to begin.” 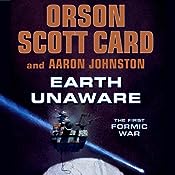 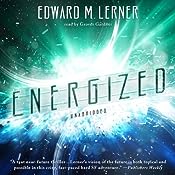 The second sf title is Energized by Edward M. Lerner, narrated by Grover Gardner for Blackstone Audio. “No one expected the oil to last forever. How right they were…. A geopolitical miscalculation tainted the world’s major oil fields with radioactivity and plunged the Middle East into chaos. Any oil that remains usable is more prized than ever. No one can build solar farms, wind farms, and electric cars quickly enough to cope. The few countries still able to export petroleum and natural gas – Russia chief among them – have a stranglehold on the world economy. Then, from the darkness of space, came Phoebe. Rather than deflect the onrushing asteroid, America coaxed it into Earth’s orbit. Solar power satellites – cheaply mass-produced in orbit with resources mined from the new moon to beam vast amounts of power to the ground – offer America its last, best hope of avoiding servitude and economic ruin.”

The “genre in the mainstream” title is Shine Shine Shine by Lydia Netzer, narrated by Joshilyn Jackson for Macmillan Audio concurrent with the print and e-book release from St. Martin’s Press. “When Maxon met Sunny, he was seven years, four months, and 18 days old. Or, he was 2693 rotations of the Earth old. Maxon was different. Sunny was different. They were different together. Now, 20 years later, they are married, and Sunny wants, more than anything, to be “normal”. She’s got the housewife thing down perfectly, but Maxon, a genius engineer, is on a NASA mission to the moon, programming robots for a new colony. Once they were two outcasts who found unlikely love in each other: a wondrous, strange relationship formed from urgent desire for connection. But now they’re parents to an autistic son. And Sunny is pregnant again. And her mother is dying in the hospital. Their marriage is on the brink of imploding, and they’re at each other’s throats with blame and fear. What exactly has gone wrong?” 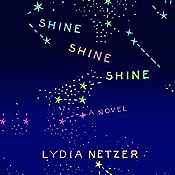 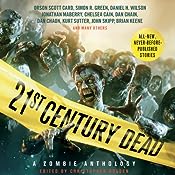