Release Week: The Testament of Jessie Lamb, A Red Sun Also Rises, and Shadow and Bone

The first release week in December brings an Arthur C. Clarke Award-winning novel, along with the latest from Mark Hodder and a much-anticipated young adult release, and, well, a few dozen more audiobooks, besides. The most missing audiobook this week for me is a debut novel, Ink, by Damien Walters Grintalis. (More on those after the avalanche of new audiobooks.)

The Testament of Jessie Lamb: A Novel By Jane Rogers, Narrated by Fiona Hardingham for Blackstone Audio — Length: 8 hrs and 15 mins. Published by Highland, Scotland-based Sandstone Press in early 2011 and finding wider release with a May 2012 release from Harper Perennial, winner for the Arthur C. Clarke Award and longlisted for the Man Booker Prize —

I’ve been waiting for this one a good while now: “A rogue virus that kills pregnant women has been let loose in the world, and nothing less than the survival of the human race is at stake. Some blame the scientists, others see the hand of God, and still others claim that humanity is reaping the punishment it deserves for years of arrogance and destructiveness. Jessie Lamb is an ordinary 16-year-old girl living in extraordinary times. As her world collapses, her idealism and courage drive her toward the ultimate act of heroism. Jessie wants her life to make a difference; but is she heroic, or is she, as her scientist father fears, impressionable, innocent, and incapable of understanding where her actions will lead?”

A Red Sun Also Rises By Mark Hodder, Narrated by Peter Batchelor for Audible Frontiers, concurrent with the print/ebook release from Pyr — Length: 9 hrs and 26 mins. Hodder is also the author of the acclaimed Steampunk Burton and Swinburne series, here brings a Victorian aesthetic to… an alien planet: “A tale of good and evil, where neither is what it seems! Aiden Fleischer, a bookish priest, finds himself transported to an alien world. With him is Miss Clarissa Stark, a crippled hunchback of exceptional ability, wronged by an aristocrat and cast out from society.” 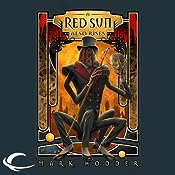 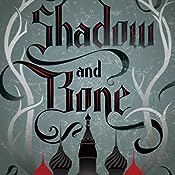 Shadow and Bone by Leigh Bardugo, Narrated by Lauren Fortgang for Audible, Inc. — Series: Grisha, Book 1 — Length: 8 hrs and 55 mins. “Surrounded by enemies, the once-great nation of Ravka has been torn in two by the Shadow Fold, a swath of near impenetrable darkness crawling with monsters who feast on human flesh. Now its fate may rest on the shoulders of one lonely refugee. Alina Starkov has never been good at anything. But when her regiment is attacked on the Fold and her best friend is brutally injured, Alina reveals a dormant power that saves his life—a power that could be the key to setting her war-ravaged country free. Wrenched from everything she knows, Alina is whisked away to the royal court to be trained as a member of the Grisha, the magical elite led by the mysterious Darkling. Yet nothing in this lavish world is what it seems. With darkness looming and an entire kingdom depending on her untamed power, Alina will have to confront the secrets of the Grisha… and the secrets of her heart.” This entry was posted in Release Week and tagged jane rogers, leigh bardugo, mark hodder, me and the devil, nick tosches, release week, shadow and bone, the testament of jessie lamb. Bookmark the permalink.