The middle of December brings some ear candy for the holiday season, including an all-star author/narrator anthology, the end of the world, secondary world fantasy, and quite a bit more. Still, with all that, my mind’s on a “missing” audiobook, that for Jesse Bullington’s The Folly of the World, my most-anticipated title this week. And at the bottom, details for another “Whispersync for Voice” price quirk, this time netting you both the Kindle and Audible formats of Richard Kadrey’s Sandman Slim. (Sorry for the 2-day delay in the usual Wednesday release week posting — been quite an unexpected adventure this week!) 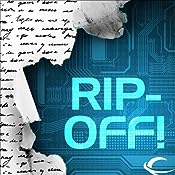 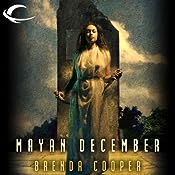 Just in time for the end of the world — if you start listening now — is Mayan December By Brenda Cooper, Narrated By Allyson Johnson for Audible Frontiers — Length: 11 hrs and 52 mins — “Dr. Alice Cameron is a famous scientist – an archeoastronomer – devoted to studying ancient Mayan culture. The era driving her career has always been the end of the Mayan baktun, so she’s on the Yucatan Peninsula in December 2012 with her daughter Nixie…and so are fellow serious scholars, plenty of end-of-the-world crazies, and – at an international summit – the President of the United States and other heads of state. When Nixie disappears into the past in the Mayan jungle, rationality and mysticism, the present and the past start merging. Meanwhile, Alice is drawn into the machinations of statecraft by an old friend. A savvy scientist, a handsome dreadlocked time-traveler, an ancient shaman, a noble Mayan couple, a computer nerd, and an 11-year-old traverse the past and present in a search for the meaning of life and a way to save two worlds.”

A very well-regarded secondary world fantasy series has started to come to audio, with The Winds of Khalakovo: The Lays of Anuskaya, Book 1 and The Straits of Galahesh: The Lays of Anuskaya, Book 2 By Bradley P. Beaulieu, Narrated By Ray Chase for Audible Frontiers — Series: Lays of Anuskaya, Book 1 — each book is 20+ hours — “Among inhospitable and unforgiving seas stands Khalakovo, a mountainous archipelago of seven islands, its prominent eyrie stretching a thousand feet into the sky. Serviced by windships bearing goods and dignitaries, Khalakovo’s eyrie stands at the crossroads of world trade. But all is not well in Khalakovo. Conflict has erupted between the ruling Landed, the indigenous Aramahn, and the fanatical Maharraht, and a wasting disease has grown rampant over the past decade. Now, Khalakovo is to play host to the Nine Dukes, a meeting which will weigh heavily upon Khalakovo’s future.” 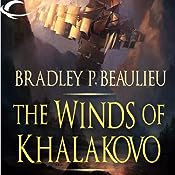 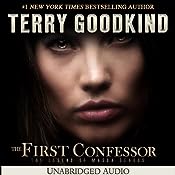 Earlier this year, multiple bestselling author Terry Goodkind raised a few eyebrows when he self-published a book in his Sword of Truth series. Now, via ACX, he’s brought the book to audio as well. The First Confessor: The Legend of Magda Searus is narrated By Kellie Fitzgerald for Goodkind’s own FINE Group. Some of his thoughts and notes on the audiobook publishing process are at the audiobook listing, with a physical edition coming soon as well.  It’s a well-produced audiobook, with music and a very clear and clean studio grade narration. Length: 16 hrs and 54 mins. Buy the first installment of Richard Kadrey’s Sandman Slim series, Sandman Slim, for $0.99 on Kindle, get the audiobook for $4.99. Not bad, not bad at all.