APRIL 10-16, 2013: What, no new episode of The Human Division?! OK, seriously, this release week belongs to Hachette Audio, with both of my top picks this week. But! Audible Frontiers has its own pair of offerings which make up my second two picks, the Patrick Rothfuss-recommended Stormdancer (2012) and Jeff Noon’s Vurt (1993), along with having done something wonderful in bringing the dozen+ books of Robert Asprin’s M.Y.T.H. Inc. series to audio as well. (I have some fondness for M.Y.T.H., though not quite as much as I do for his P.H.U.L.E.’s Company books. Hint, hint.) Not to be outdone in terms of quantity, Brilliance Audio continues its exhaustive publication of Philip K. Dick with a long list of his lesser-known novels. On to… But wait. Before I get to my “picks of the week” there’s a “Seen But Not Heard” entry this week that demands attention. Sofia Samatar’s A Stranger in Olondria is finally out this week, and while it maybe makes some kind of poetic sense that it is not available in audio (the book has as one of its concerns literacy, after all) it’s one that I had really, really hoped to see and hear this week.

My first pick this week is one of my most-anticipated titles of the year, YOU by Austin Grossman, read by Will Collyer for Hachette Audio, concurrent with the print/ebook release from Mulholland Books. “A novel of mystery, videogames, and the people who create them, by the best-selling author of Soon I Will Be Invincible.” I enjoyed Soon I Will Be Invincible, and I’m looking forward to seeing what the past several years has done to develop Grossman’s authorial talents. As a software engineer myself, the idea of large software projects taking on lives of their own, mysterious glitches, the intrigue of lost, forgotten code emerging from the dark, is right up my alley. 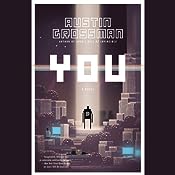 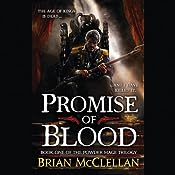 Next up, the latest in a long line of strong fantasy debuts this year is Promise of Blood By Brian McClellan, Narrated By Christian Rostker for Hachette Audio, concurrent with the print/ebook release from Orbit. The book starts The Powder Mage Trilogy, a fantasy set in a time of gunpowder. “The Age of Kings is dead…and I have killed it. It’s a bloody business overthrowing a king…. It’s up to a few…. Stretched to his limit, Tamas is relying heavily on his few remaining powder mages, including the embittered Taniel, a brilliant marksman who also happens to be his estranged son, and Adamat, a retired police inspector whose loyalty is being tested by blackmail. But when gods are involved…. Now, as attacks batter them from within and without, the credulous are whispering about omens of death and destruction. Just old peasant legends about the gods waking to walk the earth. No modern educated man believes that sort of thing. But they should….”

Brought to my attention by Patrick Rothfuss’ review on Goodreads, my interest in Stormdancer: The Lotus War, Book One By Jay Kristoff was tempered quite a bit by other less kind reviews concerned with a lack of earnest research, and ensuing cultural appropriation issues. Here, it is narrated By Jennifer Ikeda for Audible Frontiers: “The first in an epic new fantasy series, introducing an unforgettable new heroine and a stunningly original dystopian steampunk world with a flavor of feudal Japan.” 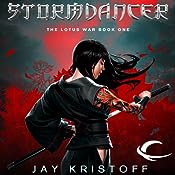 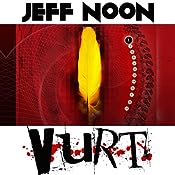 Lastly: Vurt By Jeff Noon, Narrated By Dean Williamson for Audible Ltd. to coincide with the 20th anniversary edition of the book — “winner of the 1994 Arthur C. Clarke award, is a cyberpunk novel with a difference, a rollicking, dark, yet humorous examination of a future in which the boundaries between reality and virtual reality are as tenuous as the brush of a feather.” 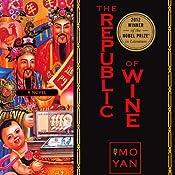 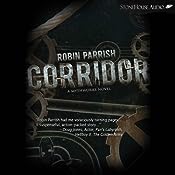 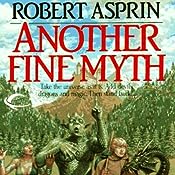 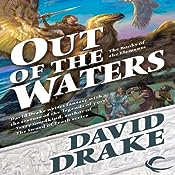 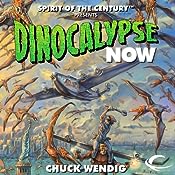 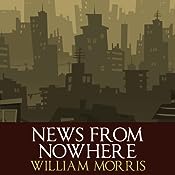 AUDIBLE INC: The Republic of Wine By Mo Yan, translated by Howard Goldblatt, Narrated By Louis Changchien; The Cure: A Thriller By Bradlee Frazer, Narrated By Scott Aiello

INDIE: Corridor: A MythWorks Novel By Robin Parrish, Narrated By Brian McGovern; and Brilliance Audio is not the only source of a PKD fix this week as there are also a handful of shorter releases from independents, such as The Variable Man read by Mike Vendetti for his own “Audio Books by Mike Vendetti”.