Sunday, December 29 has quite a few Kindle Daily Deals on offer with Whispersync for Voice upgrades to Audible editions, among them books by Joe Hill, Guillermo del Toro, Joyce Carol Oates, Clive Barker, and Neal Stephenson.

The Science Fiction and Fantasy Daily Deal is The Mongoliad Series by Neal Stephenson, Greg Bear, Mark Teppo, and Joseph Brassey among other co-authors, with each of the 4 books available for $1.99 in Kindle and with $0.99 Whispersync for Voice upgrades to the tour-de-force-of-accents narrations by Luke Daniels. “he story chronicles the journey of a small band of warriors and mystics as they fight to save Europe from the Mongol invasion of the thirteenth century. It also exposes the secret workings of powerful clandestine societies that have been driving world events for millennia. This fascinating and enthralling first novel in The Mongoliad trilogy fuses historical events with a gripping fictional narrative. Co-written by Neal Stephenson, Greg Bear, E. D. deBirmingham, Mark Teppo, Joseph Brassey, Erik Bear, and Cooper Moo, The Mongoliad: Book One is an unforgettable epic.” 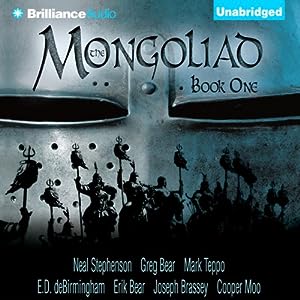 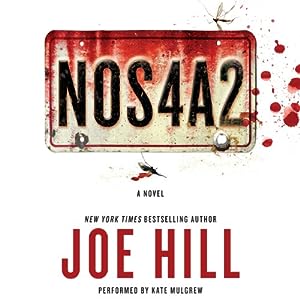 There’s also a “Popular Mysteries and Thrillers” list today, with The Hellbound Heart ($1.99 Kindle and $1.99 Audible) and Mister B. Gone ($1.99 Kindle and $3.99 Audible) by Clive Barker, 20th Century Ghosts ($1.99 Kindle and $5.95 Audible) and NOS4A2 ($1.99 Kindle and $5.99 Audible) by Joe Hill, the latter fresh off being listed in TIME’s 10 best fiction books of 2013. “Victoria McQueen has a secret gift for finding things: a misplaced bracelet, a missing photograph, answers to unanswerable questions. On her Raleigh Tuff Burner bike, she makes her way to a rickety covered bridge that, within moments, takes her wherever she needs to go, whether it’s across Massachusetts or across the country. Charles Talent Manx has a way with children. He likes to take them for rides in his 1938 Rolls-Royce Wraith with the NOS4A2 vanity plate. With his old car, he can slip right out of the everyday world, and onto the hidden roads that transport them to an astonishing – and terrifying – playground of amusements he calls “Christmasland.” Then, one day, Vic goes looking for trouble—and finds Manx. That was a lifetime ago. Now Vic, the only kid to ever escape Manx’s unmitigated evil, is all grown up and desperate to forget. But Charlie Manx never stopped thinking about Victoria McQueen. He’s on the road again and he’s picked up a new passenger: Vic’s own son.”

Also in that section is another highly-rated novel from 2013, The Accursed by Joyce Carol Oates, at $1.99 Kindle and $5.99 for the Audible edition which Grover Gardner narrates brilliantly for Harper Audio. “Princeton, New Jersey, at the turn of the 20th century: a tranquil place to raise a family, a genteel town for genteel souls. But something dark and dangerous lurks at the edges of the town, corrupting and infecting its residents. Vampires and ghosts haunt the dreams of the innocent. A powerful curse besets the elite families of Princeton; their daughters begin disappearing. A young bride on the verge of the altar is seduced and abducted by a dangerously compelling man – a shape-shifting, vaguely European prince who might just be the devil.” 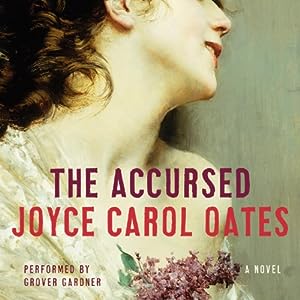 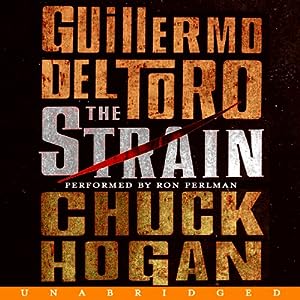 Also included in the sale is Guillermo del Toro and Chuck Hogan’s “high tech vampire epic” series The Strain Trilogy, though the first book is not Whispersync for Voice enabled apparently, books The Fall: Book Two of the Strain Trilogy  and The Night Eternal (The Strain Trilogy) are both included at $1.99 Kindle and $4.99 Audible.