Sorry once again for the late notice, busy day. Saturday January 4 brings a pair of Ramez Naam novels and Stephen Kiernan’s The Curiosity (among others) to the Kindle Daily Deal list, and each offers a Whispersync upgrade to the audible edition.

Nexus, Narrated By Luke Daniels, and Crux, Narrated By Mikael Naramore, are the first two books in Ramez Naam‘s “Nexus” post-human sf series. “In the near future, the nano-drug Nexus can link mind to mind. There are some who want to improve it. There are some who want to eradicate it. And there are others who just want to exploit it. When a young scientist is caught improving Nexus, he’s thrust over his head into a world of danger and international espionage, with far more at stake than anyone realizes.” Each are available for $1.99 Kindle and $0.99 Whispersync upgrade to the Audible editions. 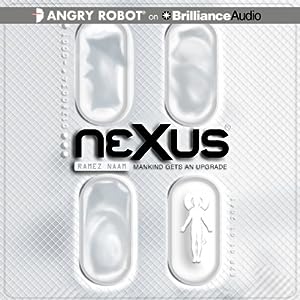 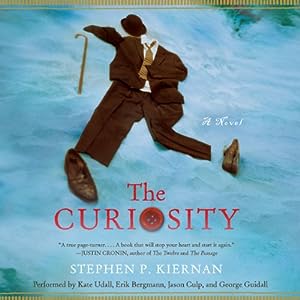 The Curiosity: A Novel By Stephen Kiernan, Narrated By Kate Udall, Erik Bergmann, and George Guidall is a literary fiction take on the “man frozen in ice for centuries, then thawed and revived” theme. “Dr. Kate Philo makes a breathtaking discovery in the Arctic: the body of a man buried deep in the ice. Heedless of the potential consequences, Kate’s boss orders that the frozen man be reanimated. As the man begins to regain his memories, the team learns that he was – is – a judge, Jeremiah Rice. Thrown together by fate, Kate and Jeremiah grow closer. But the clock is ticking and Jeremiah’s new life is slipping away. Kate must decide how far she is willing to go to protect the man she has come to love.” Available for $1.99 Kindle and offering a $4.99 Whispersync upgrade to the Audible edition.

This entry was posted in Whispersync Deals and tagged ramez naam, stephen kiernan. Bookmark the permalink.