Thursday, February 20, 2014: Today’s crop of Kindle Daily Deal titles includes the first two books in E.G. Foley’s middle grade The Gryphon Chronicles series, The Lost Heir (The Gryphon Chronicles, Book 1) and Jake & The Giant (The Gryphon Chronicles, Book 2), each priced at $1.99. The first book is Whispersync for Voice enabled with a $1.99 upgrade offer to the Audible edition, narrated by Jamie du Pont MacKenzie. “Jake is a scrappy orphaned pickpocket living by his wits on the streets of Victorian London. Lately he’s started seeing ghosts, and discovers he can move solid objects with his mind! He has no idea why. Next thing he knows, a Sinister Gentleman and his minions come hunting him. On the run for his life, Jake is plunged headlong into a mysterious world full of magic and deadly peril. A world that holds the secret to who he really is: the long-lost heir of an aristocratic family – with magical powers!” 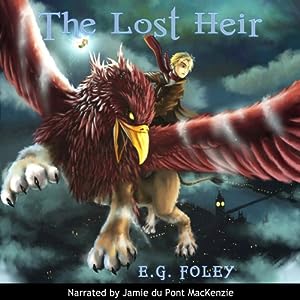 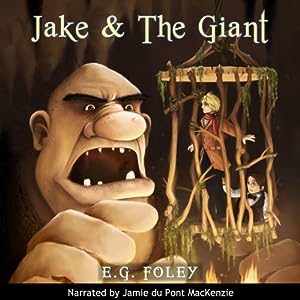 There are 3 books (and a Christmas-themed novella) in the series, and the 3 novels are all in audio.