Thursday, March 20, 2014: Today’s Kindle Daily Deal listings bring a pair of fantastic Whispersync deals, led by Italo Calvino’s Invisible Cities, the Cuban-born Italian author’s Nebula Award-nominated 1972 novel of Marco Polo’s describing to Kublai Khan of the cities he has visited on his travels. “Imaginary conversations between Marco Polo and his host, the Chinese ruler Kublai Khan, conjure up cities of magical times. ‘Of all tasks, describing the contents of a book is the most difficult and in the case of a marvelous invention like Invisible Cities, perfectly irrelevant’ (Gore Vidal). Translated by William Weaver.” At $1.99 Kindle plus $1.99 Whispersync upgrade to the Audible edition, read by John Lee for Tantor Audio, it’s a fantastic deal. Lee is one of the best, and I can’t wait to settle in for this short audiobook quite soon: 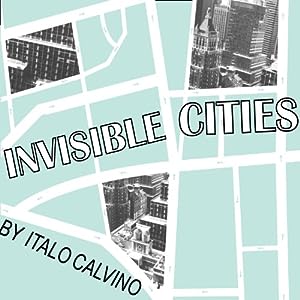 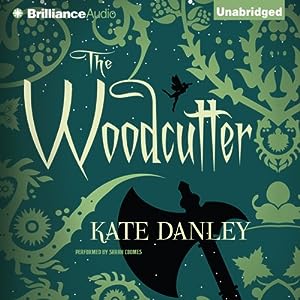 Second, though always available at a quite low price (as are most of Amazon.com’s 47North titles), Kate Danley’s 2012 novel The Woodcutter is on sale for $1.99 Kindle, with a $0.99 Whispersync upgrade to the Audible edition, read by Sarah Coomes for Brilliance Audio: “Deep within the Wood, a young woman lies dead. Not a mark on her body. No trace of her murderer. Only her chipped glass slippers hint at her identity. The Woodcutter, keeper of the peace between the Twelve Kingdoms of Man and the Realm of the Faerie, must find the maiden’s killer before others share her fate. Guided by the wind and aided by three charmed axes won from the River God, the Woodcutter begins his hunt, searching for clues in the whispering dominions of the enchanted unknown. But quickly he finds that one murdered maiden is not the only nefarious mystery afoot….”