Whispersync Daily Deals: Regarding Ducks and Universes, The Seeing Stone, and The Hangman’s Daughter

Wednesday April 23, 2014: Today’s Kindle Daily Deal haul is a pretty hefty one, with six books across three series to check out with inexpensive Whispersync for Voice upgrades to their audiobook editions.

Neve Maslakovic’s 2010 novel Regarding Ducks and Universes predates her bestselling “The Incident” series, offering a stand-alone taste of her penchant for “weaving together physics, philosophy, and wry humor” (Booklist) and, at $1.99 Kindle today with a $0.99 Whispersync for Voice upgrade to the Audible edition, read by Alexander Cendese for Brilliance Audio, an inexpensive place to start as well. “On a foggy Monday in 1986, the universe suddenly, without warning, bifurcated. Fast-forward to 35 years later: Felix Sayers is a culinary writer living in San Francisco of Universe A who spends his days lunching at Coconut Cafe and dreaming of penning an Agatha Christie-style mystery. But everything changes when his Aunt Henrietta dies, leaving Felix a photograph of his father and himself–dated ten days before Felix was born. It can only mean one thing: Felix has an ‘alter’ in Universe B. Panicked that his mystery novel may exist already, Felix crosses to San Francisco B and proceeds to flagrantly violate the rules of both worlds by snooping around his alter’s life. But when he narrowly escapes a hit-and-run, it becomes clear that someone knows he’s crossed over… and whoever it is isn’t happy about it. Now Felix must uncover the truth about his alter, the events of one Monday, and a wayward rubber duck before his time in both worlds runs out.” 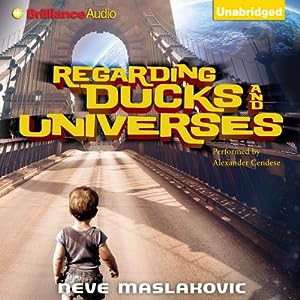 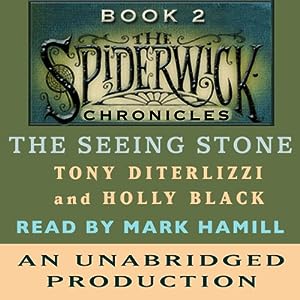 Next up, The Seeing Stone: The Spiderwick Chronicles, Book 2 by Tony DiTerlizzi and Holly Black, Narrated By Mark Hamill (yes, that Mark Hamill!). At $1.99 Kindle plus $5.99 Whispersync for Voice upgrade, it’s not too much off the $9.95 retail Audible price, and not as bang-for-the-buck as getting the Books 1+2 digital audio compilation, The Spiderwick Chronicles, Volume I: Books 1 & 2, at $10.95, but for those who either already have book 1 and/or like the “total immersion reading” experience, it’s worth checking out. “Thanks to the mysterious field guide left behind by their long-lost great-great-uncle Arthur Spiderwick, life for the Grace kids—Jared, Simon, and Mallory—is beyond weird. When Simon goes missing, Jared is convinced creatures from the faerie world have something to do with it. Mallory is not convinced. That is, until she and Jared have to contend with a band of menacing, marauding goblins. Simon is clearly in danger, and it’s up to Mallory and Simon to save him, before it’s too late…” 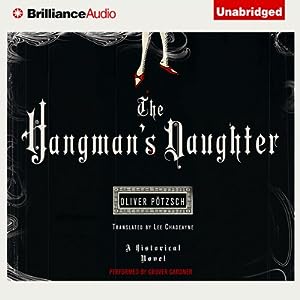 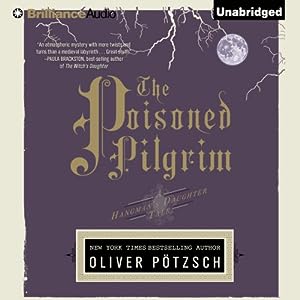 “When a dying boy is pulled from the river with a mark crudely tattooed on his shoulder, hangman Jakob Kuisl is called upon to investigate whether witchcraft is at play in his small Bavarian town. When more children disappear and an orphan is found dead with the same mark, the mounting hysteria threatens to erupt. Before the unrest forces him to torture and execute the woman who aided in the birth of his children, Jakob must unravel the truth.”

One Response to Whispersync Daily Deals: Regarding Ducks and Universes, The Seeing Stone, and The Hangman’s Daughter