Amazon’s Gold Box Deal today is a “Read it before you see it” set of discounted books that were made into Oscar-winning and Oscar-nominated films, 9 of which are Whispersync for Voice enabled. Some of these (Room, The Silence of the Lambs) still add up to over $10, but! there’s plenty of deals to be had here as well: 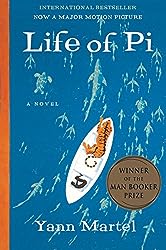 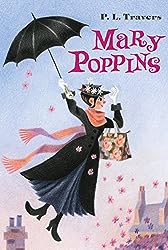 Life of Pi by Yann Martel (Author), Jeff Woodman (Narrator) for $2.99+$3.95 — Winner of the Man Booker Prize, Fiction, 2002: “Pi Patel has been raised in a zoo in India. When his father decides to move the family to Canada and sell the animals to American zoos, everyone boards a Japanese cargo ship. The ship sinks, and 16-year-old Pi finds himself alone on a lifeboat with a hyena, an orangutan, a zebra with a broken leg, and a 450-pound Bengal tiger. Soon it’s just Pi, the tiger, and the vast Pacific Ocean – for 227 days. Pi’s fear, knowledge, and cunning keep him alive until they reach the coast of Mexico, where the tiger disappears into the jungle. The Japanese authorities who interrogate Pi refuse to believe his story, so he tells a second one – more conventional, less fantastic. But is it more true?”

Mary Poppins by P. L. Travers (Author), Sophie Thompson (Narrator) for $1.99+$3.49 — The beloved children’s classic, on this list I think because Travers is the subject of the Oscar-nominated Saving Mr. Banks. “Here is the timeless story of Mary Poppins, the world’s favorite nanny, and her magical adventures with the Banks family. Mary Poppins is like no other nanny the Banks children have ever seen. It all starts when their new nanny is blown by the east wind onto the doorstep of the Banks house, carrying a parrot-headed umbrella and a magic carpetbag. She becomes a most unusual nanny to Jane, Michael, and the twins. Who else but Mary Poppins can slide up banisters, pull an entire armchair out of an empty carpetbag, and make a dose of medicine taste like delicious lime-juice cordial? A day with Mary Poppins is a day of magic and make-believe come to life!“ 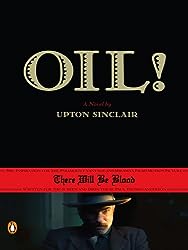 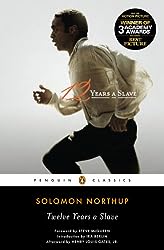 Oil! by Upton Sinclair (Author, 1954), Grover Gardner (Narrator) for $1.99+$4.49 is the basis of There Will Be Blood starring Daniel Day-Lewis. “As he did so masterfully in The Jungle, Pulitzer Prize-winning author Upton Sinclair interweaves social criticism with human tragedy to create an unforgettable portrait of Southern California’s early oil industry. Enraged by the oil scandals of the Harding administration in the 1920s, Sinclair tells a gripping tale of avarice, corruption, and class warfare, featuring a cavalcade of characters, including senators, oil magnates, Hollywood film starlets, and a crusading evangelist. Sinclair’s glorious 1927 epic endures as one of our most powerful American novels of social injustice.”

12 Years a Slave: (Movie Tie-In) (Penguin Classics) by Solomon Northup (Author), Sean Crisden (Narrator) for $1.99+$1.99 — “Twelve Years a Slave is the autobiographical account of Solomon Northup, an African American who was born free in New York in the early 1800s. In 1841, Solomon Northup was captured and forced into slavery for a period of twelve years. Northup’s account is detailed in its account of life on a cotton and sugar plantation and the daily routine of slave life during the first part of the 19th century. The book describes the daily life of slaves in Bayou Beof, their diet, the relationship between master and slave, the means that slave catchers used to recapture them, and the ugly realities that slaves suffered. Comparable to the accounts of Frederick Douglass, Harriet Ann Jacobs, and William Wells Brown, Twelve Years a Slave is a captivating narrative of the life of freedom and slavery experienced by one African American man prior to the American Civil War.”

The Silver Linings Playbook: A Novel by Matthew Quick (Author), Ray Porter (Narrator) for $2.99+$3.49 — “During his years in a neural-health facility, Pat Peoples has formulated a theory about silver linings. He believes that his life is a movie produced by God, that his mission is to become physically fit and emotionally supportive, and that if he succeeds, his happy ending will be the return of his estranged wife, Nikki. When Pat goes to live with his parents, everything seems changed: no one will talk to him about Nikki, and his new therapist seems to be recommending adultery as a form of therapy. Then, Pat meets clinically depressed widow Tiffany, who offers to act as a liaison between him and his wife – provided he agrees to a secret contract that includes giving up football and performing in the next Dance Away Depression competition.“

Sideways: A Novel by Rex Pickett (Author), Scott Brick (Narrator) for $2.99+$3.99 — “Sideways is the story of two friends, Miles and Jack, going away together for the last time to steep themselves in everything that makes it good to be young and single: pinot, putting, and prowling bars. In the week before Jack plans to marry, the pair heads out from Los Angeles to the Santa Ynez wine country. For Jack, the tasting tour is Seven Days to D-Day, his final stretch of freedom. For Miles, who has divorced his wife, is facing an uncertain career, and has lost his passion for living, the trip is a week-long opportunity to evaluate his past, his future, and himself. A raucous and surprising novel filled with wonderful details about wine, Sideways is also a thought-provoking and funny book about men, women, and human relationships.”

Philomena: A Mother, Her Son, and a Fifty-Year Search (Movie Tie-in) by Martin Sixsmith (Author), John Curless (Narrator) for $1.99+$3.99 — “Now a major motion picture directed by Stephen Frears (The Queen, High Fidelity) and starring Judi Dench (Skyfall, Notes on a Scandal) and Steve Coogan (The Trip, Hamlet 2): the heartbreaking true story of an Irishwoman and the secret she kept for 50 years. When she became pregnant as a teenager in Ireland in 1952, Philomena Lee was sent to a convent to be looked after as a “fallen woman”. Then the nuns took her baby from her and sold him, like thousands of others, to America for adoption. Fifty years later, Philomena decided to find him. Meanwhile, on the other side of the Atlantic, Philomena’s son was trying to find her. Renamed Michael Hess, he had become a leading lawyer in the first Bush administration, and he struggled to hide secrets that would jeopardize his career in the Republican Party and endanger his quest to find his mother.” 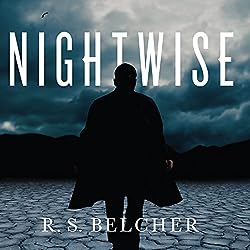 And while I’m doing a roundup post for today, Saturday’s Audible Daily Deal is Bronson Pinchot reading R.S. Belcher’s Nightwise for $1.95: “In the more shadowy corners of the world, frequented by angels and demons and everything in between, Laytham Ballard is a legend. It’s said he raised the dead at the age of 10, stole the Philosopher’s Stone in Vegas back in 1999, and survived the bloodsucking kiss of the Mosquito Queen. Wise in the hidden ways of the night, he’s also a cynical bastard who stopped thinking of himself as the good guy a long time ago. Now a promise to a dying friend has Ballard on the trail of an escaped Serbian war criminal with friends in both high and low places – and a sinister history of blood sacrifices. Ballard is hell-bent on making Dusan Slorzack pay for his numerous atrocities, but Slorzack seems to have literally dropped off the face of the Earth, beyond the reach of his enemies, the Illuminati, and maybe even the devil himself. To find Slorzack, Ballard must follow a winding, treacherous path that stretches from Wall Street and Washington, DC, to backwoods hollows and truck stops while risking what’s left of his very soul…”