Vampires and aliens are featured in two new highly-anticipated books in this mid-October release week, and aliens and vampires are also featured in new audiobooks of highly-regarded books published in past years.

The Twelve by Justin Cronin, read by Scott Brick for Random House Audio continues the story from Cronin’s post-apocalyptic vampire novel The Passage which introduced a set of death row inmates used as experimental subjects for a virus discovered by an unfortunate South American expedition and the devastation and post-apocalyptic world which followed — as well as the story of a group of humans fighting the vampires a hundred years in the future. In The Twelve we again get both “present day” storylines as well as the continuing story of Amy and other survivors fighting to save humanity. The Guilded Earlobe loved the audiobook and I’m hoping to yet find time for it later this year, helped by the fact that The Twelve is about ten and a half hours shorter — though at 26.5 hours it’s still a lengthy listen. 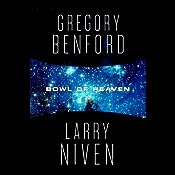 The alien artifact this release week is Bowl of Heaven By Larry Niven and Gregory Benford, Narrated by Zach Villa for Audible Frontiers — Length: 12 hrs and 59 mins — “In this first collaboration by science fiction masters Larry Niven (Ringworld) and Gregory Benford (Timescape), the limits of wonder are redrawn once again as a human expedition to another star system is jeopardized by an encounter with an astonishingly immense artifact in interstellar space: a bowl-shaped structure half-englobing a star, with a habitable area equivalent to many millions of Earths…and it’s on a direct path heading for the same system as the human ship.”

Speaking of alien artifacts and human curiosity: Roadside Picnic by Arkady and Boris Strugatsky, read by Robert Forster for Random House Audio — Length: 7 hrs and 17 mins — A 1977 Soviet sf classic re-released earlier this year in a new US edition by Chicago Review Press, with a new translation by Orlena Bormashenko, a foreward by Ursula K. Le Guin, and an afterword by Boris Strugatsky: “Red Schuhart is a stalker, one of those young rebels who are compelled, in spite of extreme danger, to venture illegally into the Zone to collect the mysterious artifacts that the alien visitors left scattered around. His life is dominated by the place and the thriving black market in the alien products. But when he and his friend Kirill go into the Zone together to pick up a “full empty,” something goes wrong. And the news he gets from his girlfriend upon his return makes it inevitable that he’ll keep going back to the Zone, again and again, until he finds the answer to all his problems.” 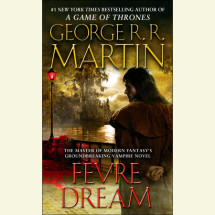 Meanwhile, Harper Audio has produced George R.R. Martin‘s A Song of Ice and Fire series, and Tuesday brought three of the author’s backlist to audio, led for me by Fevre Dream, read by Ron Donachie, Martin’s 1982 vampire novel set on the Mississippi River in 1857. Also coming to audio are Windhaven (read by Harriet Walter) and Dying of the Light (read by Iain Glen).