AUGUST 28-SEPTEMBER 3, 2013: September kicks off with two of my most anticipated titles of the year, Margaret Atwood’s MaddAddam and Kim Stanley Robinson’s Shaman. It also brings news from The Hugo Awards at this weekend’s World Science Fiction Convention in San Antonio, where Mur Lafferty (The Shambling Guide to New York City) won the John W. Campbell Award for Best New Author, and John Scalzi’s Redshirts was named Best Novel. This week does not, however, bring all the audiobooks that were hoped for: in particular, I was very surprised to see that Happy Hour in Hell, the second Bobby Dollar novel by Tad Williams, was not (yet?) in audio, after a fantastic first audiobook, The Dirty Streets of Heaven, read by George Newbern. Still, with these four picks and the rest of this week’s haul, there’s more than plenty to listen to and enjoy. So… Enjoy!

MaddAddam: A Novel by Margaret Atwood is now out in the US after a brief bit of Canadian exclusivity, from Nan A. Talese and Random House Audio. “Bringing together Oryx and Crake and The Year of the Flood, this thrilling conclusion to Margaret Atwood’s speculative fiction trilogy points toward the ultimate endurance of community, and love.” Read by Bernadette Dunne, Bob Walter, and Robbie Daymond, it’s the conclusion to one of the defining speculative fiction series of the early 21st century: “Months after the Waterless Flood pandemic has wiped out most of humanity, Toby and Ren have rescued their friend Amanda from the vicious Painballers. They return to the MaddAddamite cob house, newly fortified against man and giant pigoon alike. Accompanying them are the Crakers, the gentle, quasi-human species engineered by the brilliant but deceased Crake. Their reluctant prophet, Snowman-the-Jimmy, is recovering from a debilitating fever, so it’s left to Toby to preach the Craker theology, with Crake as Creator. She must also deal with cultural misunderstandings, terrible coffee, and her jealousy over her lover, Zeb.” 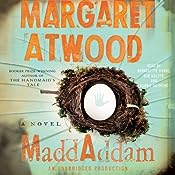 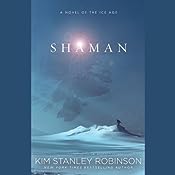 Shaman: A novel of the Ice Age by Kim Stanley Robinson, narrated by Graeme Malcolm for Hachette Audio concurrent with the print/ebook release from Orbit. After last year’s solar-system-spanning sf 2312 comes an historical fiction “novel set in the ice age, about the people who made the paintings in the Chauvet-Pont-d’Arc Cave in southern France, about 32,000 years ago”. First, the book description: “There is Thorn, a shaman himself. He lives to pass down his wisdom and his stories — to teach those who would follow in his footsteps. There is Heather, the healer who, in many ways, holds the clan together. There is Elga, an outsider and the bringer of change. And then there is Loon, the next shaman, who is determined to find his own path. But in a world so treacherous, that journey is never simple — and where it may lead is never certain. SHAMAN is a powerful, thrilling and heartbreaking story of one young man’s journey into adulthood — and an awe-inspiring vision of how we lived thirty thousand years ago.” And I encourage you to check out this week’s Locus Online New Books posting to see excerpts of very interesting reviews from Gary K. Wolfe and Cecelia Holland.

Babayaga by Toby Barlow was published in print/ebook by FSG on August 6, and here comes to audio read by Dan Miller  for Tantor. “By the author of Sharp Teeth, a novel of love, spies, and witches in 1950s Paris—and a cop turned into a flea: Will is a young American ad executive in Paris. Except his agency is a front for the CIA. It’s 1959 and the Cold War is going strong. But Will doesn’t think he’s a warrior—he’s just a good-hearted Detroit ad guy who can’t seem to figure out Parisian girls.  Zoya is a beautiful young woman wandering les boulevards, sad-eyed, and coming off a bad breakup. In fact, she impaled her ex on a spike. Zoya, it turns out, has been a beautiful young woman for hundreds of years; she and her far more traditionally witchy-looking companion, Elga, have been thriving unnoticed in the bloody froth of Europe’s wars. Inspector Vidot is a hardworking Paris police detective who cherishes quiet nights at home. But when he follows a lead from a grisly murder to the abode of an ugly old woman, he finds himself turned into a flea.” 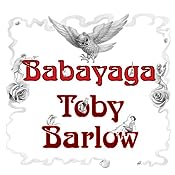 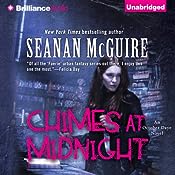 Chimes at Midnight: An October Daye Novel by Seanan McGuire is the 7th in McGuire’s urban fantasy October Daye series, all narrated by Mary Robinette Kowal for Brilliance Audio — one of those enduring, perfect matches of author, character, and narrator. Here: “Things are starting to look up for October “Toby” Daye. She’s training her squire, doing her job, and has finally allowed herself to grow closer to the local King of Cats. It seems like her life may finally be settling down…at least until dead changelings start appearing in the alleys of San Francisco, killed by an overdose of goblin fruit.” 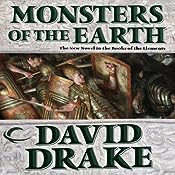 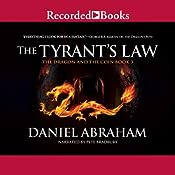 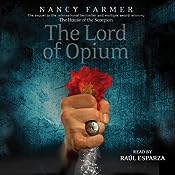 HACHETTE AUDIO: (Teen) The Coldest Girl in Coldtown By Holly Black, Narrated By Christine Lakin; and (Fiction) The Maid’s Version: A Novel By Daniel Woodrell, Narrated By Brian Troxell

TANTOR AUDIO: The Given Sacrifice: A Novel of the Change (Change Series) by S. M. Stirling, narrated by Todd McLaren; and The Savage Dead By Joe McKinney, Narrated By Michael Kramer for Tantor Audio [a particularly good Whispersync for Voice price deal, at $5.79 Kindle and $3.49 Audible]

HARPER AUDIO: (Teen) I Am Alice: The Last Apprentice, Book 12 By Joseph Delaney and Patrick Arrasmith, Narrated By Angela Goethals; and (Teen/Short) The Transfer: A Divergent Story By Veronica Roth, Narrated By Aaron Stanford

NAXOS AUDIOBOOKS: The Thing on the Doorstep and Other Stories By H. P. Lovecraft, Narrated By William Roberts

AUDIBLE FRONTIERS: The Phoenix and the Mirror: Vergil Magus, Book 1 By Avram Davidson, Narrated By Robert Blumenfeld [along with books 2 and 3]; They Also Serve: Jump Universe, Book 3 By Mike Shepherd, Narrated By Michael McConnahie; and quite a few additional backlist titles 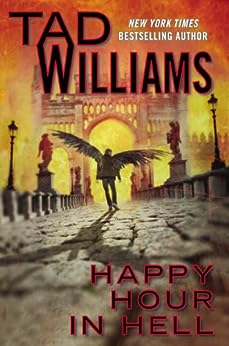 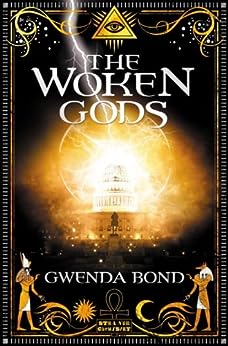