DECEMBER 11-17, 2013: Finally! Amidst one of the quietest weeks yet on the year, Nicola Griffith’s Hild is in audio at last, along with a multi-voiced production of Lewis Shiner’s magnificent Collected Stories and enough chilling tales to send you even closer to the fire this winter, with Simon Vance reading both John Harwood’s The Ghost Writer and Clive Barker’s First Tales, and (in the also out listings) a pair of Spokenworld/Ladbroke productions have excellent narrators reading classic tales from Ambrose Bierce, Bram Stoker, Charles Dickens, Henry James, H.P. Lovecraft, Daniel Defoe, Mary Shelley, and W W Jacobs, AND! a new unabridged production of Umberto Eco’s The Name of the Rose. Meanwhile, if next week’s as quiet as it looks to be, I’ll have the time to finally start putting out some end-of-the-year articles and get ready to kick off the “Arrrrrrrdies”. (Note, again: there may be fewer Rs.) Enjoy!

Hild: A Novel by Nicola Griffith, narrated by Pearl Hewitt for Macmillan Audio is finally here, just over a month after the print/ebook release from Farrar, Straus and Giroux. Originally slated to be read by Anne Flosnick, the audiobook had to be recast and it’s luckily landed on its feet with Hewitt, an experienced narrator (Jaleigh Johnson’s Spider and Stone, Catherine Gayle’s Lord Rotheby’s Influence, Sally MacKenzie’s The Naked King) though one whose narrations have tended — with the obvious exception of Johnson’s Forgotten Realms novel —  towards Regency and romance rather than to the Northumbrian seventh century. Curious, I stayed up past midnight Monday night to jump aboard, and am well, well pleased with Hewitt’s narration, though far from finished as the audiobook runs well into a 24th hour. It’s a book I’ve been eagerly waiting all year, and recently the (admittedly brief, in the scheme of things) extra anticipation has been a bit hard to bear as reviews and praise have continued to pour forth. LibraryJournal says: “Since Griffith has won the Tiptree, Nebula, and World Fantasy awards, the Premio Italia, and the Lambda Literary Award six times, you’re well advised to grab this fictionalized portrait of a girl name Hild who grew up in seventh-century Britain and became St. Hilda’s of Whitby. Griffith gives us a determined and uncannily perceptive Hild who seems capable of predicting the future (or at least of human behavior), a trait that puts her in the life-and-death position of being made the king’s seer. The writing itself is uncannily perceptive, with none of the flowery excess of some historical fiction writing, though the detailed narrative runs close to 600 pages. I thought of Hillary Mantel’s Wolf Hall even before I noted the comparison in the promotion.” The author’s blog contains links to download a glossary, maps, and other reference material quite useful to those of us without the print edition on our laps to flip through. 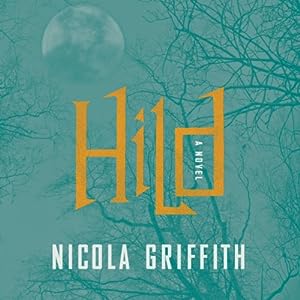 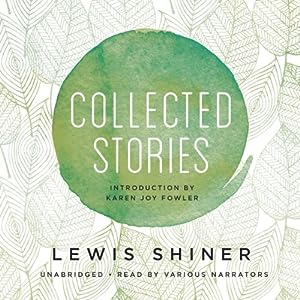 Collected Stories by Lewis Shiner is the “definitive collection” of Shiner’s short fiction in the form of 41 stories, published in an exquisite hardcover edition by Subterranean Press in 2009 and now produced by Skyboat Media for Blackstone Audio, read by Stefan Rudnicki, John Rubinstein, Janis Ian, Scott Brick, Kimberly Farr, Arthur Morey, Roxanne Hernandez Coyne, Rex Linn, David Birney, Kristoffer Tabori, Gabrielle de Cuir, and Karen Joy Fowler reading her own introduction. It’s another long audiobook at 20+ hours, but it’s one to sample in and out of and return to for your favorites over the coming years. Ah, “The Lizard Men of Los Angeles”. Ah, “Perfido”. Ah, “White City” and “Till Human Voices Wake Us”.

The Ghost Writer by John Harwood, read by Simon Vance for Blackstone Audio (Dec 15) — Winner of the 2004 International Horror Guild Award for Best First Novel, voiced by the superb Simon Vance. “In this tantalizing tale of Victorian ghost stories and family secrets, timid, solitary librarian Gerard Freeman lives for just two things: his elusive pen pal Alice and a story he found hidden in his mother’s drawer years ago. Written by his great-grandmother Viola, it hints at his mother’s role in a sinister crime. As he discovers more of Viola’s chilling tales, he realizes that they might hold the key to finding Alice and unveiling his family’s mystery—or will they bring about his untimely death, as they seem to foretell? Harwood’s astonishing, assured debut shows us just how dangerous family skeletons—and stories—can be.” PW’s review: “Sly nods to spooky literary spinsters—Henry James’s Miss Jessel and Dickens’s Miss Havisham—set the tone for this confident debut, a gothic suspense novel with a metatextual spin. … the novel links textual investigation and sublimated passion, building to a satisfying, unexpected ending.” 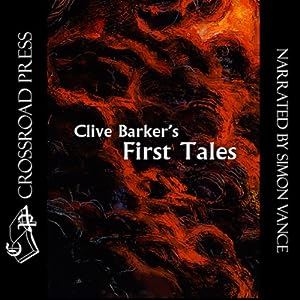 And speaking of Vance, and chilling tales to curl up through the winter nights by: Clive Barker’s First Tales by Clive Barker, narrated by Vance for Crossroad Press; a 2-story, 3-hour audiobook collection. “The book begins with ‘The Wood on the Hill’, a short story about a bourgeois woman who is soon to learn a terrifying lesson concerning her complete disregard for anyone other than herself. The second tale, ‘The Candle in the Cloud’, is a novella of dark fantasy that follows three children who discover a magical candle that transports them to a world where a plague-cloud is destroying everything in its wake. These two tales, the first ever written by Clive, are offered here for the very first time. Their production has been lovingly supervised by Clive himself to ensure that these are not mere books, but works of art to be cherished. First Tales is sure to delight everyone from longtime fans to new listeners. In his own words: ‘These two stories represent the two essential structures of fantastique literature. “The Wood on the Hill” is about an incursion of unearthly elements into an approximation of our world. “The Candle in the Cloud” is about a journey taken by people from our world into another reality. Yin and Yang, if you like. Forces pulling in opposing directions but to achieve the same end: Revelation.'” 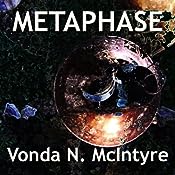 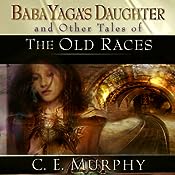 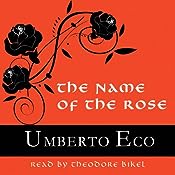