Tuesday, April 8, 2014: While it’s not in the Kindle Daily Deal listings, Pierce Brown’s Red Rising has been on sale for $1.99 in Kindle for at least the past day or so, with a $4.49 Whispersync for Voice upgrade to the Audible edition, read by Tim Gerard Reynolds for Recorded Books. Released in late January 2014 and a NY Times bestseller, the book is pitched as “Ender, Katniss, and now Darrow” by Scott Sigler. Well, now. The first in a new series: “Darrow is a Red, a member of the lowest caste in the color-coded society of the future. Like his fellow Reds, he works all day, believing that he and his people are making the surface of Mars livable for future generations. Yet he spends his life willingly, knowing that his blood and sweat will one day result in a better world for his children. But Darrow and his kind have been betrayed. Soon he discovers that humanity reached the surface generations ago. Vast cities and sprawling parks spread across the planet. Darrow – and Reds like him – are nothing more than slaves to a decadent ruling class. Inspired by a longing for justice, and driven by the memory of lost love, Darrow sacrifices everything to infiltrate the legendary Institute, a proving ground for the dominant Gold caste, where the next generation of humanity’ s overlords struggle for power. He will be forced to compete for his life and the very future of civilization against the best and most brutal of Society’ s ruling class. There, he will stop at nothing to bring down his enemies…even if it means he has to become one of them to do so.” 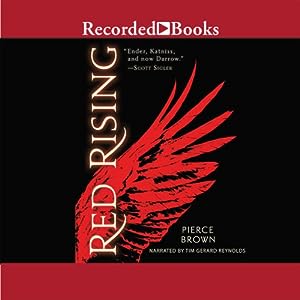 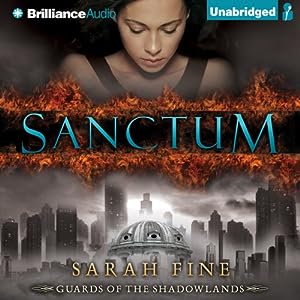 Sarah Fine’s Guardians of the Shadowlands

series (Sanctum and Fractured) are both on sale today for $1.99 Kindle, each with $0.99 Whispersync for Voice upgrades to the Audible editions, read by Amy McFadden for Brilliance Audio. “A week ago, 17-year-old Lela Santos’ best friend, Nadia, killed herself. Today, thanks to a farewell ritual gone awry, Lela is standing in paradise, looking upon a vast gated city in the distance – hell. No one willingly walks through the Suicide Gates, into a place smothered in darkness and infested with depraved creatures. But Lela isn’t just anyone – she’s determined to save her best friend’s soul, even if it means sacrificing her eternal afterlife. As Lela struggles to find Nadia, she’s captured by the Guards, enormous, not-quite-human creatures that patrol the dark city’s endless streets.”