I had a blast putting together the most missing audiobooks of 2014, and I’m back for more. This year saw (in the US Audible science fiction and fantasy section alone) 3,606 new audiobooks, up a few hundred from last year’s 3,267. And, of course, that number doesn’t include GraphicAudio, independent and podiobook releases, and (most notably for my interests) the six new Cory Doctorow audiobooks at DRM-free Downpour.com.

I suppose that in fairness I should go back through the 2014 list and highlight some of the new audiobooks of 2015 that pull from books published in 2014, but I’ll save that for the “Best Audiobook of a Previously Released Book” section of the forthcoming 2015-16 Arrrdies, The AudioBookaneers’ annual best audiobooks roundup.

Instead, once again this year I’m going to bury the lede juuuuust a little bit further and start (as I did last year, and have done occasionally with the digital regional divide posts) with my green-eyed jealousy aimed at new audiobooks available overseas that haven’t (yet, at least) come to the US as of early 2016: 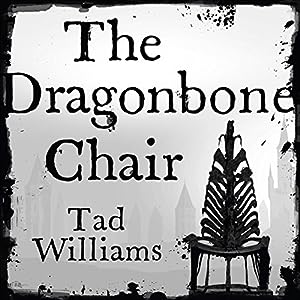 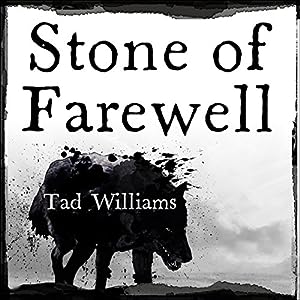 As I gear up for my own re-read of Tad Williams’ Memory, Sorrow, & Thorn series ahead of the long, long-awaited new “Osten Ard” books coming this year and next (and beyond!) I have bemoaned the lack of audiobook editions. This year, UK publisher Hodder & Stoughton produced absolutely fantastic new audiobooks of the first two books in the series, with To Green Angel Tower coming in two parts this February and May. The Dragonbone Chair and Stone of Farewell are both read by Andrew Wincott, with whom US listeners may be aware for his work on Sarah Lotz’ The Three, or classics such as Olaf Stapledon’s Star Maker and Jules Verne’s Twenty Thousand Leagues Under the Sea, or as a voice actor for video games such as The Witcher and Memento Mori. He lends his Shakespearean-trained voice to this, the best of the huge crop of late 1970s to early 1990s epic fantasy (Feist and Eddings and Brooks and all the rest).

US publishers, please back up the money truck and make this happen: “The beloved first novel in Tad Williams’ classic fantasy series Memory, Sorrow and Thorn, first published in 1988 and now available as an unabridged audiobook for the first time. Kitchen-boy Simon is bored, restless, and 14 years old – a dangerous combination. It seems, however, that his life has just taken a turn for the better when he’s apprenticed to his castle’s resident wizard. As Simon’s learning to read and write under Doctor Morgenes’ tutelage, forces greater than he could possibly imagine are gathering: forces which will change Simon’s life – and his world – forever. Following the death of Good King John, Osten Ard is plunged into civil war as his sons battle for control of the fabled Dragonbone Chair – the country’s throne as well as the symbol of its power. Simon is forced to flee the only home he has ever known, a journey which will test him beyond his worst nightmares. With The Dragonbone Chair, Tad Williams introduced readers to the incredible fantasy world of Osten Ard and kicked off the beloved, internationally best-selling series Memory, Sorrow and Thorn.” 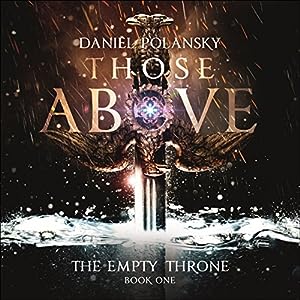 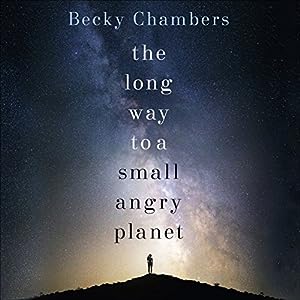 Speaking of Wincott, and Hodder & Stoughton, he also reads Daniel Polansky’s Those Above: The Empty Throne, Book One. “They enslaved humanity 3,000 years ago. Tall, strong, perfect, superhuman, and near immortal, they rule from their glittering palaces in the eternal city in the centre of the world. They are called Those Above by their subjects. They enforce their will with fire and sword. Twenty-five years ago mankind mustered an army and rose up against them only to be slaughtered in a terrible battle. Hope died that day, but hatred survived.” Book Two, Those Below, is due out on March 10.

Hodder & Stoughton are also behind the next book on my (thankfully for all of you who don’t share my obsession with this topic!) relatively short list on the digital regional divide this year is The Long Way to a Small Angry Planet by Becky Chambers, read by Patricia Rodriguez. It shows up on several year’s best lists for the story alone, and it made my long-time go-to audiobook reviewer The Guilded Earlobe’s Top 10 this year as well, where Bob said that “in a year with a lot of wonderful space adventures from authors like John Scalzi, James S.A. Corey, Jack Campbell and Ernest Cline, Becky Chamber’s THE LONG WAY TO A SMALL ANGRY PLANET is the most fun you’ll have hopping around the galaxy in a while.” Here’s the publisher copy: “Firefly meets Mass Effect in this thrilling self-published debut! When Rosemary Harper joins the crew of the Wayfarer, she isn’t expecting much. The Wayfarer, a patched-up ship that’s seen better days, offers her everything she could possibly want: a small, quiet spot to call home for a while, adventure in far-off corners of the galaxy, and distance from her troubled past. But Rosemary gets more than she bargained for with the Wayfarer.” 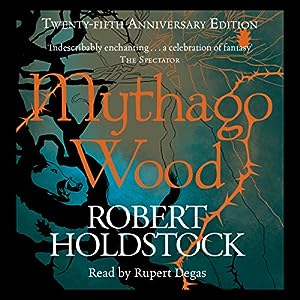 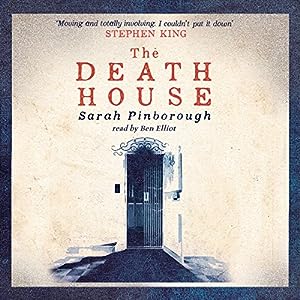 Shifting UK publishers to Orion Publishing Group, the last four on this list all come from their audio studios, leading with Mythago Wood by Robert Holdstock, read by Rupert Degas. First published in 1984, Mythago Wood has been a mainstay of my “most missing in audio” list, and now there it is, albeit overseas. “Winner of the World Fantasy Award for Best Novel. Mythago Wood is regarded as one of the finest fantasy novels of the 20th century. Deep within the wildwood lies a place of myth and mystery, from which few return, and of those few, none remain unchanged. Ryhope Wood may look like a three-mile-square fenced-in wood in rural Herefordshire on the outside, but inside, it is a primeval, intricate labyrinth of trees, impossibly huge, unforgettable… and stronger than time itself.” It’s the first of Holdstock’s books to come to audio, hopefully the first of many.

The Death House by Sarah Pinborough is narrated by Ben Elliot, and bears a quite lovely blurb from none other than Stephen King (“I loved The Death House. It’s moving and totally involving. Pinborough writes with vividness and emotional resonance. I couldn’t put it down”). Here’s the book copy: “This is an exceptional, contemporary, heartbreaking novel. Toby’s life was perfectly normal–until it was unravelled by something as simple as a blood test. Taken from his family, Toby now lives in the Death House: an out-of-time existence far from the modern world, where he and the others who live there are studied by Matron and her team of nurses. They’re looking for any sign of sickness. Any sign of their wards changing. Any sign that it’s time to take them to the sanatorium.” 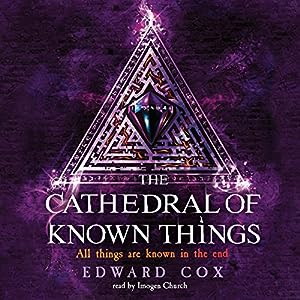 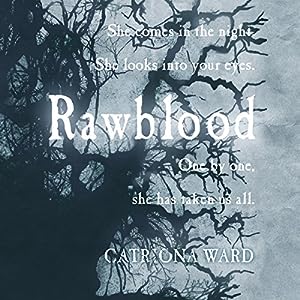 Honorable mentions: The Cathedral of Known Things by Edward Cox, read by Imogen Church, returns us to the world of Cox’s The Relic Guild, and Catriona Ward’s Rawblood, read by Victoria Fox and Peter Kenny, is a 1910 Dartmoor-set horror which sees the words “hauntingly brilliant” wreathed around it on a fairly regular basis.

I’m hopeful we’ll get all eight of these audiobooks on “this” side of the pond this year, as we already have seen Alistair Reynolds’ Poseidon’s Wake arrive earlier this month, just a few months belated from its UK release last year, though I haven’t seen any pre-order listings come up for any of the eight on this list just yet. As always, I’ll be sure to keep you posted. In the meantime, 2016 has already started out with a few more, such as Down Station by Simon Morden and Tricia Sullivan’s Occupy Me, with titles like Peter Newman’s The Malice, Paul McAuley’s Fairyland, Guy Gavriel Kay’s Children of Earth and Sky, Thomas Olde Heuvelt’s HEX, Francesca Haig’s The Map of Bones, Benedict Jacka’s Burned, Ben Aaronovitch’s The Hanging Tree, Justin Cronin’s The City of Mirrors, Sarah Pinborough’s 13 Minutes, Charlaine Harris’ Night Shift, Ian C. Eslemont’s Dancer’s Lament, and Stephen Baxter and Alistair Reynolds’ The Medusa Chronicles appearing in the UK pre-order listings, but not over here in the US. Some of that is surely just pre-order listings being a bit slow perhaps (I can’t imagine Cronin’s book not coming out in the US this year, for example!), but some of those will end up on next year’s list of green-eyed jealousies.

Stay tuned next week for Part 2, the year’s most missing audiobooks, and Part 3, The “official” Arrrdies from The AudioBookaneers, our picks for the best audiobooks of 2015. Both are going to be epic…