Audible.com “First Friday” for September 2011 (and other recent bits and pieces)

Link: Audible.com “First Friday” for September 2011 (and other recent bits and pieces)

Today’s “First Friday” releases include Up Against It by M. J. Locke narrated by Cassandra Campbell: 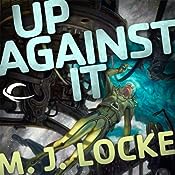 As well as several other sf/f titles coming to Audible.com for the first time. Meanwhile, yesterday saw a new edition of The Kingless Land: The Band of Four Series, Book 1 by Ed Greenwood. Previously (2002) available as narrated by Nadia May, the new (well, to Audible, it is the 2001 Blackstone Audio production) edition is narrated by Wanda McCaddon: 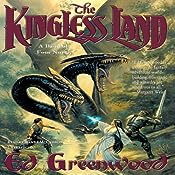 As for me, I’ve recently finished listening to Gun, with Occasional Music by Jonathan Lethem narrated by Nick Sullivan: 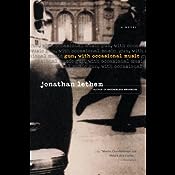 Which I don’t intend to review at too much length, other than that while the story was interesting, it had been built up a bit too much perhaps for me as compared to the actuality of the book. And it seemed (again for me) that the narrator here was either a bit miscast or a bit misdirected. There are several tracks along which a noir can proceed, and the narration can emphasize these: campy, dark, classic, gritty, etc. Here the narrator was clear, and some of the characterizations were solid, but the mainline narration was in a voice which just did not suit the opportunity for a more darkly read near future dystopian read such as Lethem’s imagined world of evolved animals, make, inquisitors, etc.

And I am about half-way through Perfume by Patrick Suskind, narrated by Sean Barrett. It’s not available on Audible.com for US customers, and so it came to me via a friend who’d bought the Penguin Audio UK MP3-CD version with the promise that it was an amazing listen:

So far, that’s been very true indeed, giving me a great deal of confidence in checking out Barrett’s other narrations which are available (Kafka on the Shore in particular).

ALSO! I saw the audiobook on the shelves of a local bookstore earlier this week, and today HarperMedia’s tumblr blog gives us First Listen: Wildwood by Colin Meloy. I’ve heard (and keep hearing) very good things about this upper-middle grade book, and hope to find time to sneak it into my more adult reading before too much longer.