As I will be frequently checking the “Just Added” pages at Audible.com waiting for Neal Stephenson’s Reamde to arrive, Under the Green Star: Green Star, Book 1 By Lin Carter Narrated by Joel Richards is a short listen at under 5 hours, from an author from whom you may have read a lot without knowing, as some of his most well-known works are “posthumous collaborations” with Robert E. Howard (Conan, Kull) and Clark Ashton Smith. His “Green Star” novels from the early 1970s bring together influences from both Smith and Edgar Rice Burroughs. This production is the 10th Audible.com title for Wildside Press LLC, and the first of Carter’s books to become available at Audible. 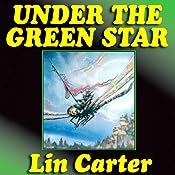 Vintage Soul: The DeChance Chronicles, Volume 1 By David Niall Wilson Narrated by Corey Snow is a bit longer at under 7 hours, but still a short listen, from Wilson’s own Crossroad Press. Billed as “a dark urban supernatural mystery with a hint of romance”, it is the 10th of the prolific Wilson’s books to arrive at Audible.com, hot on the heels of yesterday’s release of The Second Veil: A Tale of the Scattered Earth. 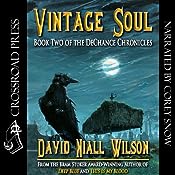