Neil Gaiman Presents returns today with two new audiobooks. The first is Viriconium By M. John Harrison Narrated by Simon Vance. It’s the second Harrison audiobook for Gaiman’s line, after Light, and with a big-time narrator in Vance (The Prestige, The Girl with the Dragon Tattoo, Interview with the Vampire, The Third Reich, Casino Royale, The Steel Remains) to boot. A few words from Neil on Viriconium: ”Viriconium is three novles and a short story collection, spanning much of M. John Harrison’s illustrious career – what an ambitious task to imagine an alternate version of someplace that may be London, albeit a punk-sensibility London in a post-apocalyptic future. It’s as if Mike Harrison remembered a place that will never exist, or at least not for millennia, and fleshed it out with art and legends and glorious gods hiding amidst the population…. the first novel, The Pastel City, introduces Lord tegeus-Cromis, called upon to be the reluctant defender of Virconium from a barbarian onslaught. Eighty years later, in the novel A Storm of Wings, a race of demi-gods rises to threaten Viriconium. The short stories In Viriconium are glorious and terrifying by turns, but they are always incredibly human and incredibly real, and you get the joy of M. John Harrison’s prose, which is crystalline and sharp and uplifting…. Viriconium Nights is my favorite novel of the sequence…. Simon Vance is the gold-standard of narrators, and I’m thrilled and proud to have him. He’s brilliant, and he’s brought entire worlds to life before in the Millennium Trilogy and in Anthony Powell’s twelve-book cycle Dance to the Music of Time. He is the man of a hundred voices, a thousand voices, and as soon as Mike and I heard him, we knew we’d found the man to carry us there and back again.” 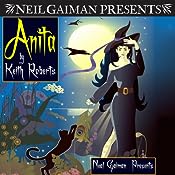 The second is Anita, the second Gaiman selection of a title by Keith Roberts, Narrated by Nicola Barber. A few words from Neil on Anita: ”Anita is an almost forgotten novel by one of the finest UK writers. But it is a favorite of mine. Anita works on two levels: on the one hand, the stories are a product of the 1960s – they come out of a swinging world and a “Georgy Girl” time, and Keith Roberts, then a young art director, has captured the feel of the sixties. At the same time, he writes about a bettenage witch being brought up by her Granny; he writes about a young witch falling in love, getting her heart broken, about change and growing up and compromise, about what magic is and how you can lose it sometimes and how you can get it back. And the character of Anita’s Granny is amazing, one of Keith Roberts’ best characters. She set the template for all the teenage witch stories that come after, and she did it better and more magically. I wanted these stories back in “print”, where people could hear them, could fall in love with Anita and Granny, as I did.” 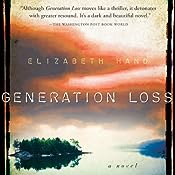 Tagged as a Mystery/Thriller, Generation Loss follows a down-and-out photographer as she stumbles upon a decades-old mystery.

Another Mystery/Thriller is the blockbuster release of Locked On By Tom Clancy and Mark Greaney, Narrated by Lou Diamond Phillips For Brilliance Audio: 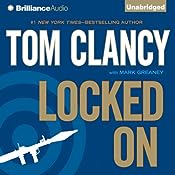 “Although his father had been reluctant to become a field operative, Jack Ryan Jr. wants nothing more. Privately training with a seasoned Special Forces drill instructor, he’s honing his skills to transition his work within The Campus from intelligence analysis to hunting down and eliminating terrorists wherever he can—even as Jack Ryan Sr. campaigns for re-election as President of the United States.”

And… it’s quite a day for Mystery/Thriller releases: The Leopard By Jo Nesbo Narrated By Robin Sachs For Random House Audio: 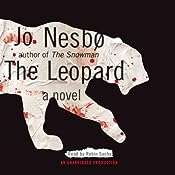 “Two young women are found murdered in Oslo, both drowned in their own blood. Media coverage quickly reaches fever pitch: Could this be the work of a serial killer?”

The Broken Ones By Stephen M. Irwin Narrated by Grant Cartwright For Bolinda Publishing Pty Ltd: 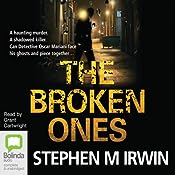 “The Broken Ones is a gruesome mix of Science Fiction, Crime, Horror & the Supernatural. The Broken Ones is the latest dark, gripping, chilling supernatural tale from a highly talented internationally acclaimed Australian author. It’s the near future and the world has descended into chaos. On the surface, everything looks the same yet the unthinkable has happened…the dead have risen. Everyone is haunted by a dead relative, friend, spouse, or stranger, and these spirits are unshakable, silent and watching. No one is safe. Governments the world over fail to deal with the epidemic, they begin to lose control of their economies and their resources. Their people. Crime is rife, and murders commonplace. But who is responsible: the ghosts or the people?” 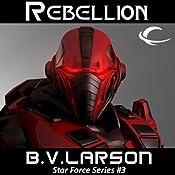 “In the third book of the Star Force series, Kyle Riggs learns just what kind of war Earth is caught up in. At the mercy of the Macros, his marines fight against new alien races, big and small. They battle the innocent and the vile alike, until their situation becomes grim.”

This entry was posted in regular and tagged neil gaiman presents, release week. Bookmark the permalink.