My top two picks for the “big Tuesday releases” this week are Cinder: Book One of the Lunar Chronicles by Marissa Meyer and Sisterhood of Dune by Brian Herbert and Kevin J. Anderson, both from Macmillan Audio.

Cinder is a futuristic recasting of Cinderella, with the eponymous Cinder a cyborg in the crowded streets of New Beijing. Narrated by Rebecca Soler, there’s an excerpt as well as a new short story at Tor.com: 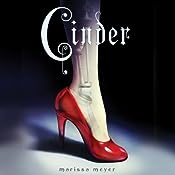 Sisterhood of Dune continues the long saga which began with Frank Herbert’s Dune, set years after a new Imperium has been established. Narrated byScott Brick, it is a story pitting Reason against Faith with the future of humankind at stake. I received a review copy of this title and will be listening to it later in the month: 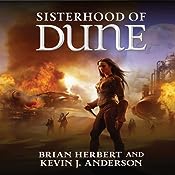 It’s also a fairly big day in the Young Adult category, with:

Look for a more far-reaching look at 2012 on Friday as the first Feature Friday article.