Release Week Wednesday: The Flame Alphabet, Shadows in Flight, and The Coldest War

For this release week (Tuesday, Jan 17) my top audiobook picks are The Flame Alphabet by Ben Marcus and Shadows in Flight by Orson Scott Card, along with The Coldest War by Ian Tregillis.

The Flame Alphabet by Ben Marcus is out from Recorded Books (Knopf, Jan 17, 2012) — a story of a world where the voices of children become lethal to their parents, and a boy who sets out in search of a cure. I’m not that impressed by the audiobook cover: 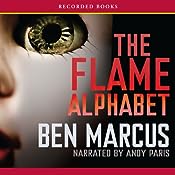 So here is the book cover as well:

On Audible: The Flame Alphabet By Ben Marcus is narrated by Andy Paris for Recorded Books.

Also out this week is Shadows in Flight by Orson Scott Card (Macmillan Audio, Tor Books, 17 Jan 2012) — Volume 5 in The Shadow Series which follows Bean after the events of Ender’s Game, beginning with Ender’s Shadow: 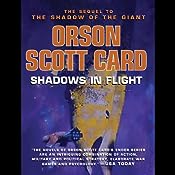 On Audible: Shadows in Flight By Orson Scott Card is narrated by Stefan Rudnicki, Emily Janice Card, Scott Brick, and Kirby Heyborne (with I’m guessing our usual afterword from Orson Scott Card) and comes in a little under 6 and a half hours: “At the end of Shadow of the Giant, Bean flees to the stars with three of his children – the three who share the engineered genes that gave him both hyper-intelligence and a short, cruel physical life. The time dilation granted by the speed of their travel gives Earth’s scientists generations to seek a cure, to no avail. In time, they are forgotten – a fading ansible signal speaking of events lost to Earth’s history. But the Delphikis are about to make a discovery that will let them save themselves, and perhaps all of humanity in days to come. For there in space before them lies a derelict Formic colony ship. Aboard it, they will find both death and wonders – the life support that is failing on their own ship, room to grow, and labs in which to explore their own genetic anomaly and the mysterious disease that killed the ship’s colony.” The audio excerpt at Audible is from Rudnicki, who provides the bulk of the narration.

The third title I’d like to feature this week is an unexpected one, The Coldest War By Ian Tregillis Narrated by Kevin Pariseau for Audible Frontiers: 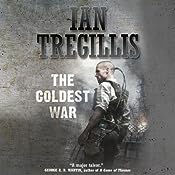 Second in Tregillis’s Milkweed Triptych after 2010’s Bitter Seeds, here: “Someone is killing Britain’s warlocks.” This one is a surprise for me, as I wasn’t expecting the audiobook until the July 17 hardcover release from Tor.