For the third week in a row there are multiple major releases in the YA SF & F section, led by Railsea, a foray into a younger age category by the always brilliant China Mieville (Perdido Street Station, Embassytown, etc.). Narrated by Jonathan Cowley for Random House Audio, the audiobook comes in at just under 10 hours, and it also comes with heaps of praise for its ability to both engage younger audiences at a narrative level, with a world of trains and giant mole hunts, as well as offer a deeper reading with its references to Moby Dick and Mievillian critiques of power. It’s already bought, so it’s likely up next for me: 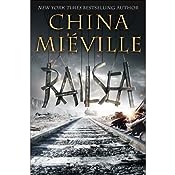 In adult sf/f and released Monday was another long-anticipated audiobook, Osama (2011) By Lavie Tidhar, which is narrated by Jeff Harding for Audible Ltd [Audible UK link here]:

Who likes this novel? Jeff VanderMeer, Christopher Priest, Paul Kincaid, theBSFA, the John W. Campbell Memorial Award jury, … I was very excited when Tidhar announced a multi-book audio rights deal with Audible, and Osama is here much, much sooner than I expected. Delightfully so! I am nearing the halfway point and am starting to put together my thoughts so far. 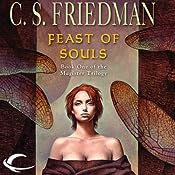 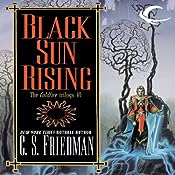