The nominees for the 2012 World Fantasy Awards have been announced, and all five of the novels on the final ballot are available in audio. Let me run them down for you: 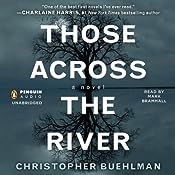 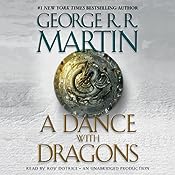 In the novella category, at least one of the stories is available in audio, as Silently and Very Fast, Catherynne M. Valente (WSFA Press; Clarkesworld) was podcast in three parts by the always-excellent Kate Baker at Clarkesworld.

In the short fiction category, “The Cartographer Wasps and the Anarchist Bees”, E. Lily Yu (Clarkesworld 4/11) was podcast first at Clarkesworld, read by Kate Baker, and later re-podcast at Escape Pod, read by Mur Lafferty; and “The Paper Menagerie”, Ken Liu (F&SF 3-4/11) are available in audio, with Liu’s story first podcast at PodCastle read by Rajan Khanna, and later re-podcast (with the same narration) at Escape Pod. (A fun note is that for the PodCastle recording, PodCastle editor and host Dave Thompson provides the introduction; Audible SF/F readers may recognize Dave as a frequent contributor to the blog.)

Whew! I am quite a fan of the World Fantasy Awards. The juries there seem to really find beautiful, well-written books (Among Others certainly qualifies), whether those released to great, best-selling fanfare (Stephen King, GRRM), those released by mainstream imprints (Those Across the River perhaps deliberately avoids outright classifying itself as having fantastic elements), or books you won’t find in any US bookstore — at least not yet (Lavie Tidhar’s Osama). In past years, the award has recognized Lewis Shiner’s shimmering Glimpses and Nnedi Okorafor’s Who Fears Death, nominated Jeff VanderMeer’s Finch, Lauren Beukes’s Zoo City, Karen Lord’s Redemption in Indigo, and generally found the kinds of books that I love. If you’ve found yourself in sympathy with my thoughts on fiction and audiobooks here, I do urge you to check out these books, whether in print or in audio.