Well, it’s another off-Tuesday release day well worth a post, as Audible Frontiers has released a long list of science fiction from Stanislaw Lem, including The Cyberiad: Fables for the Cybernetic Age and Mortal Engines Narrated by Scott Aiello and The Futurological Congress: From the Memoirs of Ijon Tichy, The Star Diaries: Further Reminiscences of Ijon Tichy, and Peace on Earth Narrated by David Marantz. 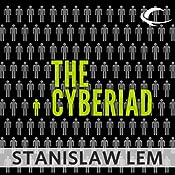 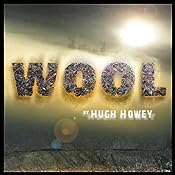 Also out today (Monday, August 27) is the much-lauded self-published sf series Wool Omnibus Edition (Wool 1 – 5) By Hugh Howey, Narrated by Minnie Goode for Broad Reach Publishing. “This is the story of mankind clawing for survival, of mankind on the edge. The world outside has grown unkind, the view of it limited, talk of it forbidden. But there are always those who hope, who dream. These are the dangerous people, the residents who infect others with their optimism. Their punishment is simple. They are given the very thing they profess to want: They are allowed outside.” The story was picked up by film director Ridley Scott earlier this year.

Still, all things considered, I’m most personally excited about and interested in one more title which is new today: Briarpatch By Tim Pratt, Narrated by Dave Thompson. “Darrin’s life has been going downhill ever since his girlfriend Bridget walked out on him without a word of explanation six months ago. Soon after losing her, he lost his job, and his car, and eventually his enthusiasm for life. He can’t imagine things getting worse – until he sees Bridget again, for the first time since she walked out, just moments before she leaps to her death from a bridge.” Why am I so interested? 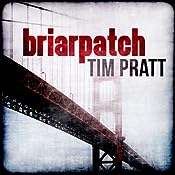 Well, lots of reasons. Pratt’s fiction is awesome. The print publisher, ChiZine, puts out amazing dark fantasy fiction with regularity. It’s an ACX-matched project, and I’m still just fascinated by the way that side of things works. And, of course, the fact that narrator Thompson is a frequent contributor to this blog!

This entry was posted in regular and tagged hugh howey, release day, stanislaw lem, the cyberiad, wool. Bookmark the permalink.