The second release week in December sees another avalanche of titles from Audible Frontiers (over a dozen from Mike Resnick alone) along with a few new books of interest as well.

Falling Kingdoms: Falling Kingdoms, Book 1 By Morgan Rhodes, Narrated By Fred Berman for Penguin Audio — Length: 11 hrs and 35 mins. “In a land where magic has been forgotten but peace has reigned for centuries, a deadly unrest is simmering. Three kingdoms grapple for power – brutally transforming their subjects’ lives in the process. Amidst betrayals, bargains, and battles, four young people find their fates forever intertwined.” 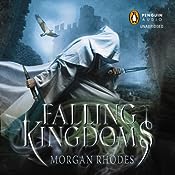 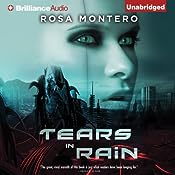 Tears in Rain By Rosa Montero, Narrated By Mary Robinette Kowal for Brilliance Audio — Length: 13 hrs and 51 mins. Set in the world of Blade Runner. “As a replicant, or “technohuman”, Detective Bruna Husky knows two things: humans bioengineered her to perform dangerous, undesirable tasks, and she has just 10 years on the United States of Earth before her body automatically self-destructs. But with “antitechno” rage on the rise and a rash of premature deaths striking her fellow replicants, she may have even less time than she thought.” 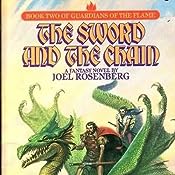 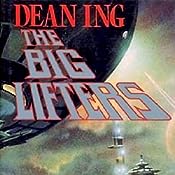 The Big Lifters By Dean Ing, Narrated By Gary Dikeos for Audible Inc. — Length: 10 hrs and 6 mins — originally published by Tor in 1988: “John Peel is a hardnosed engineer and business tycoon whose innovations in air transportation threaten the status quo. Now the trucking industry, the unions and certain Middle Eastern terrorists want him dead.”