Release Week: Alchemystic, The Ramal Extraction, Half Life, and more

The last release week (though not quite the last releases) of the year brings a few interesting titles, but all in all a quiet week.

Alchemystic: A Spellmason Chronicle, Book 1 by Anton Strout, narrated by Linda Borg for Audible, Inc. — Length: 9 hrs and 38 mins. Out in the early fall in print/ebook from Ace: “Alexandra Belarus is a struggling artist living in New York City, even though her family is rich in real estate, including a towering Gothic Gramercy Park building built by her great-great-grandfather. But the truth of her bloodline is revealed when she is attacked on the street and saved by an inhumanly powerful winged figure. A figure who knows the Belarus name… Lexi’s great-great-grandfather was a Spellmason – an artisan who could work magic on stone. But in his day, dark forces conspired against him and his, so he left a spell of protection on his family. Now that Lexi is in danger, the spell has awoken her ancestor’s most trusted and fearsome creation: a gargoyle named Stanis.” 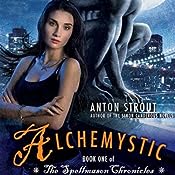 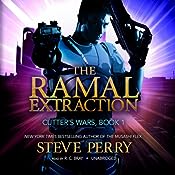 The Ramal Extraction: Cutter’s Wars, Book 1 By Steve Perry, Narrated By R. C. Bray for Blackstone Audio –Length: 7 hrs and 45 mins — “At the close of the 24th century, a series of revolutions has caused the galaxy to descend into chaos. With the Galactic Union’s army stretched thin, mercenary units have arisen for those who have the need – and the means – to hire them. Captained by former Detached Guerrilla Forces Colonel R. A. “Rags” Cutter, the Cutter Force Initiative is one of the best. A specialized team consisting of both aliens and humans, the Cutters offer services ranging from combat training and protection to extraction and assassination – as long as the target deserves it and their employer makes good on payday.”