Release Week: The Human Division, Glamour in Glass, Shades of Earth, Rage is Back, and Impulse

Well, it’s the middle of January and 2013 is getting into full swing, and though there’s not a big crop of highlight-reel concurrent releases this week, one of my most-missing titles of 2012 is here, along with the first installment of John Scalzi’s serial novel The Human Division. Also: at the bottom, five more “Whispersync for Voice” deals I stumbled across this week.

The Human Division gets underway with a double-length (bit under 2.5 hours) first episode, The B-Team: The Human Division, Episode 1 By John Scalzi, Narrated By William Dufris for Audible Frontiers. Dufris was the narrator on Old Man’s War, the sf universe in which The Human Division is set. Don’t forget to come back on Friday for part one of Dave’s Listen-a-Long! 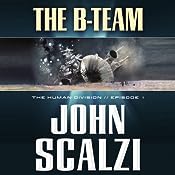 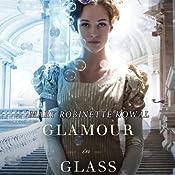 That “missing” novel from 2012 is Glamour in Glass By Mary Robinette Kowal. As was her debut novel, 2010’s Shades of Milk and Honey, for which Glamour in Glass is a sequel, it is narrated by the author, who is an experienced narrator with a very recent narration credit on a The Mongoliad SideQuest novella, and just in 2012 narrated Tears in Rain By Rosa Montero, Ashes of Honor: An October Daye Novel, Book 6 By Seanan McGuire, and The Museum of Abandoned Secrets By Oksana Zabuzhko. Here: “Mary Robinette Kowal stunned readers with her charming first novel, Shades of Milk and Honey, a loving tribute to the works of Jane Austen in a world where magic is an everyday occurrence. This magic comes in the form of glamour, which allows talented users to form practically any illusion they can imagine. Shades debuted to great acclaim and left readers eagerly awaiting its sequel. Glamour in Glass continues following the lives of beloved main characters Jane and Vincent, with a much deeper vein of drama and intrigue. In the tumultuous months after Napoleon abdicates his throne, Jane and Vincent go to Belgium for their honeymoon. While there, the deposed emperor escapes his exile in Elba, throwing the continent into turmoil. With no easy way back to England, Jane and Vincent’s concerns turn from enjoying their honeymoon…to escaping it. Left with no outward salvation, Jane must persevere over her trying personal circumstances and use her glamour to rescue her husband from prison…and hopefully prevent her newly built marriage from getting stranded on the shoals of another country’s war.” 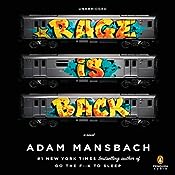 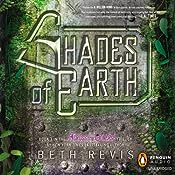 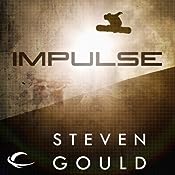 Three titles (among scores and scores I’m sure) I discovered with lower Kindle+Audible prices than Audible alone:

And check out your existing Kindle library; you may have (like I did) picked up The Whitefire Crossing: The Shattered Sigil, Book 1 by Courtney Schafer when the Kindle edition was on sale for $1 or whatever it was, and thus can pick up the audiobook for $4.99 instead of the member price of $20. Not bad… Some other finds from my dormant Kindle library: Kay Kenyon’s Bright of the Sky, Ian McDonald’s The Dervish House, Naomi Novik’s His Majesty’s Dragon: Temeraire, Book 1, and Robin Hobb’s Dragon Keeper.