Release Week: The Secret of Ji, The Mad Scientist’s Guide to World Domination, The Siren Depths, and Domino Falls

The middle of February brings a bestselling French fantasy to both English and audio, as well as welcoming back Austin Grossman to the ranks of Mad Scientist storyteller, the conclusion of Martha Wells’ Books of the Raksura, and a new novel from frequent collaborators Tananarive Due and Steven Barnes. (And, of course, John Scalzi’s The Human Division continues with Back Channel: The Human Division, Episode 6.  Doesn’t that go without saying by now?)

Six Heirs (The Secret of Ji, Book One) by Pierre Grimbert, translated by Matthew Ross and Eric Lamb, read by Michael Page for Brilliance Audio, out concurrent with the US print/ebook release from AmazonCrossing. Long a bestselling epic fantasy sensation in France, the first of fourteen books (so far) in the series: “The Known World is a sprawling region ruled by mortals, protected by gods, and plied by magicians and warriors, merchants and beggars, royals and scoundrels. Here, those with the gift of the Erjak share a psychic bond with animals; a far-reaching fraternity unites criminals of every persuasion in a vast army of villainy; and upon the mighty river Alt, the dead will one day sail seeking vengeance on the enemies of their descendants. But for all the Known World’s wonders, splendors, and terrors, what has endured most powerfully is the strange legacy of Ji. Emissaries from every nation—the grand Goranese Empire; desolate, frozen Arkary; cosmopolitan Lorelia; and beyond—followed an enigmatic summons into the unknown. Some never returned; others were never the same. Each successive generation has guarded the profound truth and held sacred the legendary event. But now, the very last of them—and the wisdom they possess—are threatened. The time has come to fight for ultimate enlightenment…or fall to infinite darkness.” 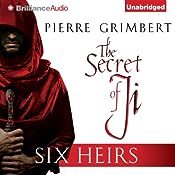 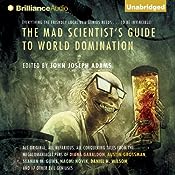 The Mad Scientist’s Guide to World Domination: Original Short Fiction for the Modern Evil Genius edited by John Joseph Adams, read by Stefan Rudnicki, Mary Robinette Kowal, and Justine Eyre for Brilliance Audio. Concurrent with the print/ebook publication by Tor, with stories from Diana Gabaldon, Daniel Wilson, Austin Grossman, Naomi Novik, and Seanan McGuire (among 22 in all): “Everybody loves villains. They’re bad; they always stir the pot; they’re much more fun than the good guys, even if we want to see the good guys win. Their fiendish schemes, maniacal laughter, and limitless ambition are legendary, but what lies behind those crazy eyes and wicked grins? How—and why—do they commit these nefarious deeds? And why are they so set on taking over the world? If you’ve ever asked yourself any of these questions, you’re in luck: It’s finally time for the madmen’s side of the story.”

The Siren Depths (Books of the Raksura, Book 3) by Martha Wells (2012), narrated By Christopher Kipiniak for Audible Frontiers — after The Cloud Roads and The Serpent Sea. Now the trilogy is complete in audio as well: “ll his life, Moon roamed the Three Worlds, a solitary wanderer forced to hide his true nature – until he was reunited with his own kind, the Raksura, and found a new life as consort to Jade, sister queen of the Indigo Cloud court. But now a rival court has laid claim to him, and Jade may or may not be willing to fight for him.” 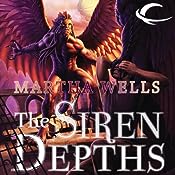 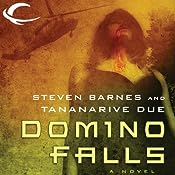 Domino Falls by Tananarive Due and Steven Barnes, narrated By Emily Bauer for Audible Frontiers, concurrent with print/ebook from Simon & Schuster’s Atria Books: “It began on Freak Day – that day no one could explain, when strangers and family members alike went crazy and started biting one another. Some thought the outbreak was caused by a flu shot, others that it was a diet drug gone terribly wrong. All anyone knew is that once you were bitten and went to sleep, you woke up a freak.”

[Note: Due to their continued use of DRM-only formats, my new content here on The AudioBookaneers will no longer where possible include links to Audible.com. -Sam]

HARPER AUDIO: Star Corps and Battlespace (Books One and Two of The Legacy Trilogy) by Ian Douglas, narrated By David Drummond for Harper Audio