It’s another big release week with multiple must-listen titles. I’ve already gotten started on the return of Neil Gaiman Presents, the John Hodgman-narrated Dimension of Miracles by Robert Sheckley, and I expect to get to a few more from this week — including a literary dystopia, a sf noir set on Mars, and an espionage novel of alternate Russia — before summer comes around. And, of course, John Scalzi’s The Human Division marches on with Episode 11, A Problem of Proportion.

Dimension of Miracles By Robert Sheckley, Narrated By John Hodgman for Neil Gaiman Presents is “a satirical science fiction novel” first published by Dell in 1968. As Gaiman says in his introduction: “Dimension of Miracles is probably not [Sheckley’s] most famous book…. but I think it’s probably his best-loved book. It’s about the joys and tribulations (mostly the tribulations) of winning the lottery—the galactic lottery—accidentally. And wrongly. Tom Carmody is awarded a remarkable prize, is taken half way across the universe to collect it, finds himself hopelessly lost, and needs to find his way home again to Earth…to this Earth, not an alternate, weirdo Earth. He’s got to get back. And the price is high. In its style of humor—and even in some of the jokes—Dimension of Miracles is very obviously a precursor of Douglas Adams’ Hitchhiker’s Guide to the Galaxy.” 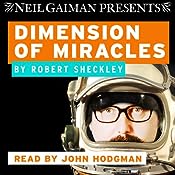 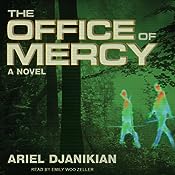 The Office of Mercy by Ariel Djanikian was published in print/ebook in February by Viking Books, and here is read by Emily Woo Zeller for Tantor Audio. “Weaving philosophy and science together into a riveting, dystopian story of love and adventure, The Office of Mercy illuminates an all-too-real future imagined by a phenomenal new voice in fiction. Twenty-four-year-old Natasha Wiley lives in America-Five – a high-tech, underground, utopian settlement where hunger and money do not exist, everyone has a job, and all basic needs are met. But when her mentor and colleague, Jeffrey, selects her to join a special team to venture Outside for the first time, Natasha’s allegiances to home, society, and above all to Jeffrey are tested. She is forced to make a choice that may put the people she loves most in grave danger and change the world as she knows it. The Office of Mercy is speculative fiction at its best with a deeply imagined, lush world, high-stakes adventure, and romance that will thrill fans of Suzanne Collins, Margaret Atwood, Justin Cronin, and Kazuo Ishiguro.”

Red Planet Blues By Robert J. Sawyer, narrated By Christian Rummel for Audible Frontiers, simultaneously released with the print/ebook from Ace Hardcover. “… set on a lawless Mars in a future where everything is cheap, and life is even cheaper…. Alex Lomax is the one and only private eye working the mean streets of New Klondike, the Martian frontier town that sprang up 40 years ago after Simon Weingarten and Denny O’Reilly discovered fossils on the Red Planet. Back on Earth, where anything can be synthesized, the remains of alien life are the most valuable of all collectibles, so shiploads of desperate treasure hunters stampeded to Mars in the Great Martian Fossil Rush.” 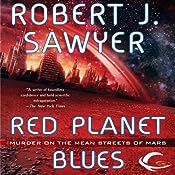 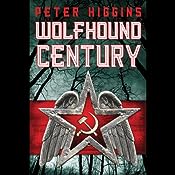 Wolfhound Century By Peter Higgins, narrated by Neil Dickson for Hachette Audio, simultaneously released with the print/ebook from Orbit. This one’s an intriguing-looking alternate history novel of espionage: “Investigator Vissarion Lom has been summoned to the capital in order to catch a terrorist – and ordered to report directly to the head of the secret police. A totalitarian state, worn down by an endless war, must be seen to crush home-grown insurgents with an iron fist. But Lom discovers Mirgorod to be more corrupted than he imagined: a murky world of secret police and revolutionaries, cabaret clubs and doomed artists. Lom has been chosen because he is an outsider, not involved in the struggle for power within the party. And because of the sliver of angel stone implanted in his head.”

Lastly, while Audible Frontiers released David Drake’s The Fortress of Glass: The Crown of the Isles, Book 1 a bit earlier in the week, read by the inestimable Michael Page, it is Drake’s 2010 Tor-published novel The Legions of Fire: Books of the Elements, Book 1, narrated by David Ledoux which grabs my last mention above the fold (though do check out a pair of Angry Robot on Brilliance Audio releases below as well The Martian by Andy Weir, and…). It’s the first of a four-book series, with the third novel (Monsters from the Earth) coming this fall, also from Tor. 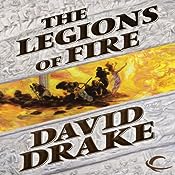 Told from the rotating perspectives of two men, the naive but well-meaning Varus and the experienced and stalward Corylus, and two women, the wordly and no-nonsense Hestia and the mercurial Alphena, and populated with fantastic creatures and side characters, the books are also told with a rich attention to (transposed) historical detail, from hobnail boots to the positions of house slaves, to bizarre bits of political-religious detail such as having to wait for a flock of birds to fly in the proper direction before beginning a particular ceremony. For the impatient, some of these details and political notes may be a bit dry, they built an atmosphere into which these characters can descend and swim, creating a world of sphinxes come to life and Hyperborean wizards. “In this novel of magical menace to the survival of all humanity, David Drake introduces a new fantasy world, Carce, based on Europe during the later Roman Empire. Far in the north, a group of magicians perform a strange dance on a volcanic island intended to open a gateway for supernatural creatures that will allow them to devastate the whole Earth and destroy all life. Not knowing the cause, two young men, Corylus and Varus, and two women, Hedia and Alphena, each separately pursue the answer to mysterious and threatening happenings that prefigure disaster in the great city of Carce, the center of civilization. Through magical voyages in other realities where fantastic creatures, and even gods, help or hinder them, each of them must succeed or not just the city but the world will end in fire.” 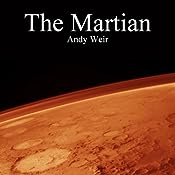 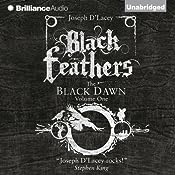 RECORDED BOOKS: Hitchers By Will McIntosh, Narrated By Andy Paris

BRILLIANCE AUDIO: The Magic Circle: A Novel By Jenny Davidson, Narrated By Emily Beresford; and Island 731 By Jeremy Robinson