Release Week: Life after Life, River of Stars, Prophet of Bones, The Kundalini Equation, and Use of Weapons

MARCH 27-APRIL 2, 2013: While there are other quite worthy audiobooks in the “Also Out This Week” listings (Book 3 in Steven Erikson’s Malazan Book of the Fallen, Memories of Ice, Ilie Ruby’s The Salt God’s Daughter, Alex Hughes’ Clean and Sharp, Rachel Pollack’s World Fantasy Award winner Godmother Night, and Mary Robinette Kowal’s latest Glamourist Histories novel Without a Summer) I managed to hold the line at just five picks this week. Good luck making your own selections! And, of course, there is a new episode of John Scalzi‘s The Human Division, that being the penultimate Episode 12, The Gentle Art of Cracking Heads.

Life After Life: A Novel by Kate Atkinson, narrated By Fenella Woolgar for Hachette Audio, concurrent with the hardcover/ebook release from Reagan Arthur. I’ve been hearing great things about this book for months now, starting with multiple Lev Grossman interviews where he’s heaped “book of the year” style praise, and continuing on with starred reviews left and right. “What if you could live again and again, until you got it right? On a cold and snowy night in 1910, Ursula Todd is born to an English banker and his wife. She dies before she can draw her first breath. On that same cold and snowy night, Ursula Todd is born, lets out a lusty wail, and embarks upon a life that will be, to say the least, unusual. For as she grows, she also dies, repeatedly, in a variety of ways, while the young century marches on towards its second cataclysmic world war. Does Ursula’s apparently infinite number of lives give her the power to save the world from its inevitable destiny? And if she can – will she?” 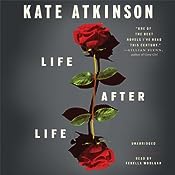 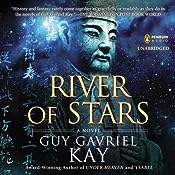 River of Stars by Guy Gavriel Kay, narrated By Simon Vance for Penguin Audio, concurrent with print/ebook release from Roc Hardcover. “In his critically acclaimed novel Under Heaven, Guy Gavriel Kay told a vivid and powerful story inspired by China’s Tang Dynasty. Now, the international best-selling and multiple award-winning author revisits that invented setting four centuries later with an epic of prideful emperors, battling courtiers, bandits and soldiers, nomadic invasions, and a woman battling in her own way, to find a new place for women in the world – a world inspired this time by the glittering, decadent Song Dynasty.”

Prophet of Bones by Ted Kosmatka, narrated By Scott Sowers for Macmillan Audio, concurrent with hardcover/ebook release from Henry Holt. “Paul Carlson, a brilliant young scientist, is summoned from his laboratory job to the remote Indonesian island of Flores to collect DNA samples from the ancient bones of a strange, new species of tool user unearthed by an archaeological dig. The questions the find raises seem to cast doubt on the very foundations of modern science, which has proven the world to be only 5,800 years old, but before Paul can fully grapple with the implications of his find, the dig is violently shut down by paramilitaries.” 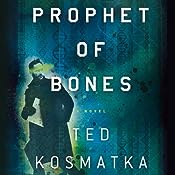 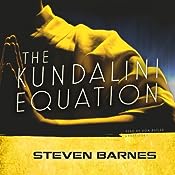 The Kundalini Equation (1986) by Steven Barnes, narrated By Ron Butler for Blackstone Audio. “The coauthor of Beowulf’s Children strikes out on his own with this novel of mystic revelation and martial arts. What if the disciplines we know as the martial arts, meditation, and fasting were mere fragments of a greater, more powerful killing art? What if that hidden discipline could produce in a man the power to manipulate matter and energy at will? What if the effect on the mind were so deadly that, uncontrolled, the result would be an inhuman killer? And what if, unknowingly, a young man in modern-day Los Angeles were to stumble onto the secret, setting in motion The Kundalini Equation?”

Lastly, a US release from Hachette Audio for Iain M. Banks’ Use of Weapons, read by Peter Kenny. This 1990 novel, set in the world of Banks’ ‘Culture’, has been available in audio in the UK for about a year, and comes at an unfortunately coincidental time, as it has just been announced that Banks has been diagnosed with late-stage cancer. 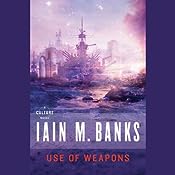 Use of Weapons is the third Culture novel, after Consider Phlebas and The Player of Games, both in audio: “The man known as Cheradenine Zakalwe was one of Special Circumstances’ foremost agents, changing the destiny of planets to suit the Culture through intrigue, dirty tricks and military action. The woman known as Diziet Sma had plucked him from obscurity and pushed him towards his present eminence, but despite all their dealings she did not know him as well as she thought. The drone known as Skaffen-Amtiskaw knew both of these people. It had once saved the woman’s life by massacring her attackers in a particularly bloody manner. It believed the man to be a lost cause. But not even its machine could see the horrors in his past.” While later books Matter, Surface Detail, and The Hydrogen Sonata are available in audio in the US, Excession is only recently available in the UK (perhaps next year in the US?) and Inversions and Look to Windward await production and publication. 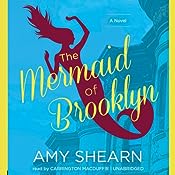 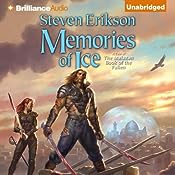 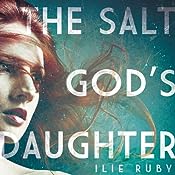 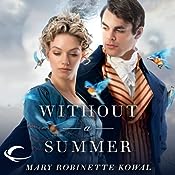 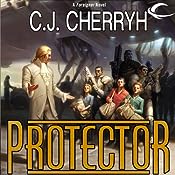 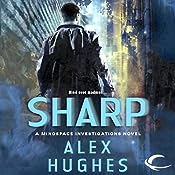 BLACKSTONE AUDIO: The Mermaid of Brooklyn By Amy Shearn; Inherit the Stars By James P. Hogan; and To Be a King: Guardians of Ga’Hoole, Book 11 By Kathryn Lasky

AUDIBLE INC: The Salt God’s Daughter By Ilie Ruby, Narrated By Jane Jacobs; Godmother Night By Rachel Pollack, Narrated By Coleen Marlo; and Down the Road to Eternity: New & Selected Fiction By M. A. C. Farrant

This entry was posted in Release Week and tagged guy gavriel kay, life after life, prophet of bones, river of stars. Bookmark the permalink.