Briefly, On Octavia E. Butler’s Kindred and Parable of the Sower

As I have been finishing Octavia E. Butler’s Kindred over the past day and a half or so, of the many thoughts swirling around in my head was this: that no author I’ve read had such a command of both the history of where America has come from (Kindred) and a prescience for the future of where America seems to be going (Parable of the Sower) than Butler. 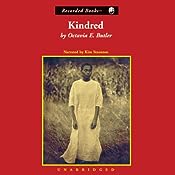 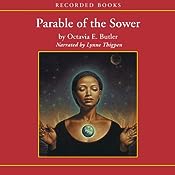 And what perhaps boggles the mind further about this is that Kindred was published in 1979, and Parable of the Sower was published in 1993, and yet both still feel immediate and fresh, as if they were written just yesterday for the issues and projections of today.

Both audiobooks are wonderful. On Kindred, which sends a black woman back and forth in time to the Antebellum South, narrator Kim Staunton brings out both the modern (well, well, 1970s) California of Dana Franklin and the early 1800s Maryland of Rufus Weylin with equal aplomb. On Parable of the Sower, which envisions a near-future dystopia of crumbling economies, Lynne Thigpen ably navigates the brutality and desperation of Lauren Olamina’s survival and journey in search of a safe haven.

Taking a bit deeper look at the two books, another thing becomes clear rather quickly: the narrative choices live in symbiosis with the story, creating powerful works of fiction. With Kindred, by bringing a modern narrator back in time, Butler creates both distance and relevance, as well as allowing an immediate and direct interrogation of the events by a contemporary, experiencing them. In Parable of the Sower, the interspersing of the narrative with excerpts from the philosophical and religious text which Olamina would go on to create gives the story that much more power and importance.

Like most people, I have many “reading holes” — large gaps whether in categories or by author or by time, in my reading (or periods of non-reading) choices over the years. I’m very glad to have been able to find some of Butler’s works in audio, and look forward to getting to more of them over the coming years.

This entry was posted in Uncategorized and tagged octavia butler. Bookmark the permalink.

2 Responses to Briefly, On Octavia E. Butler’s Kindred and Parable of the Sower