JUNE 19-25, 2013: June goes out with quite a bang — limiting the picks to even the four pairs below still leaves titles of interest in the “also out this week” listings, such as a literary historical fantasy from Andrew Sean Greer and Jeff Noon’s follow-on to Vurt; it’s also another big week for self-published releases with David D. Levine, M.R. Mathias and Hugh Howey all publishing well-produced audiobooks of their works.

I’ll start the pairings with two top-flight concurrent new releases from giants in the field, starting with The Goliath Stone by Larry Niven and Matthew Joseph Harrington, read by Jeff Woodman for Audible Frontiers, concurrent with the print and ebook from Tor Books. “Twenty-five years ago, the Briareus mission took nanomachinery out to divert an Earth-crossing asteroid and bring it back to be mined, only to drop out of contact as soon as it reached its target. The project was shut down and the technology was forcibly suppressed. Now, a much, much larger asteroid is on a collision course with Earth—and the Briareus nanites may be responsible.” Publishers Weekly gives it a starred review: “As nanites make the protagonists younger, healthier, and sexier, they engage in fast, funny, and gloriously self-referential repartee, with repeated homage paid to classic science-fiction writers and their work. The hard science can be dense, but it never gets in way of the breezy mood that gives this delightful romp its wings.” 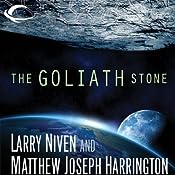 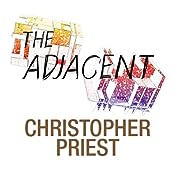 And while there is not yet a US print or ebook release in sight, out concurrent with the UK release from Gollanz is a US-available audiobook edition from Audible Ltd for The Adjacent by Christopher Priest. Locus Online describes the book as: “SF/slipstream novel concerning a terrorist attack in near-future London, a World War I era meeting between a stage magician and a science fiction writer, a woman pilot who escapes the Nazis in 1943, and a present day scientist who creates an ‘adjacency’.” And links to a five star review by Jonathan Wright at SFX which calls the book “One of the best novels of the year.”

Next up, a pair of “book 2” entries from Angry Robot on Brilliance Audio. First up, iD: Machine Dynasty, Book 2 by Madeline Ashby, narrated by Luke Daniels. I learned a bit late of this follow-on to last summer’s well-received vN: The First Machine Dynasty. Here: “Amy Peterson is a von Neumann machine – a self-replicating humanoid robot. But Amy is a robot unlike any other – her failsafe has broken, meaning she is no longer sworn to protect humans. She and her equally synthetic partner Javier are holed up in their own robot paradise. But the world that wanted so much to get hold of Amy – to imprison her, melt her down, or use her as a weapon – will not stay away much longer. Javier must run, to Mecha, the robot kingdom, in search of salvation…or death.” 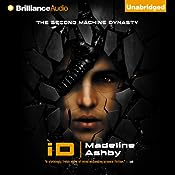 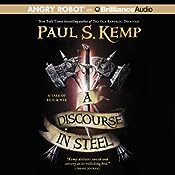 A Discourse in Steel by Paul S. Kemp, read by Nick Podehl for Angry Robot on Brilliance Audio, is a sequel to last summer’s The Hammer and the Blade. “Egil and Nix have retired, as they always said they would. No, really – they have! No more sword – and hammer – play for them! But when two recent acquaintances come calling for help, our hapless heroes find themselves up against the might of the entire Thieves Guild. And when kidnapping the leader of the most powerful guild in the land seems like the best course of action, you know you’re in over your head….”

Two more next books in a series, beginning with another of the “blockbuster” releases this week, Hunted: The Iron Druid Chronicles, Book 6 by Kevin Hearne, narrated by Luke Daniels for Brilliance Audio. It’s the latest in Hearne’s best-selling series about a 2,000-year-old Druid, Atticus O’Sullivan, and his run-ins with the gods and goddesses of various pantheons. Here: “he’s being chased by not one but two goddesses of the hunt – Artemis and Diana – for messing with one of their own. Dodging their slings and arrows, Atticus, Granuaile, and his wolfhound Oberon are making a mad dash across modern-day Europe to seek help from a friend of the Tuatha Dé Danann. His usual magical option of shifting planes is blocked, so instead of playing hide-and-seek, the game plan is…run like hell.” 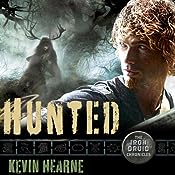 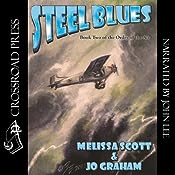 Much less a blockbuster but also a follow-on to check out is Steel Blues by Melissa Scott and Jo Graham, narrated by John Lee for Crossroad Press. Lee reprises his role (and American accents!) as narrator on Lost Things, which introduced the Order of the Air with a high-stakes trans-Atlantic airship crossing, deftly combining occult fantasy with hints of Steampunk art deco era adventure. Here: “When the Gilchrist Aviation team tries to win the money to keep the business going by placing first in a coast-to-coast air race, things get complicated! A stolen necklace, a runaway Russian countess, and a century-old curse seem like trouble enough, but then there’s New Orleans, and the unsolved murders of the New Orleans Axeman. But what if the murderer is one of them?” This title also is one of the better “Whispersync for Voice” price quirks of the week: “Listen to Steel Blues, then pick up right where you left off with the Kindle book, available from Amazon.com for $4.99. Get this Audiobook for the reduced price of $3.49, when you buy the Kindle edition first.”

Last up are a pair of older works now available in audio, starting with Invisible Cities by Italo Calvino, narrated by John Lee for Tantor Audio. Invisible Cities is the Italian author Calvino’s 1972 novel, first published in English in 1974: “In a garden sit the aged Kublai Khan and the young Marco Polo – Tartar emperor and Venetian traveler. Kublai Khan has sensed the end of his empire coming soon. Marco Polo diverts the emperor with tales of the cities he has seen in his travels around the empire: cities and memory, cities and desire, cities and designs, cities and the dead, cities and the sky, trading cities, hidden cities. Soon it becomes clear that each of these fantastic places is really the same place.” 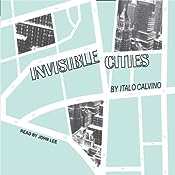 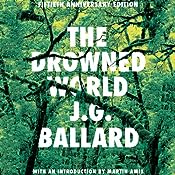 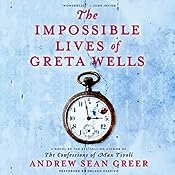 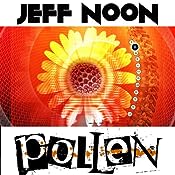 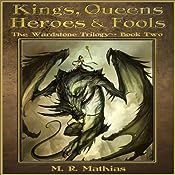 HARPER AUDIO: The Impossible Lives of Greta Wells By Andrew Sean Greer, Narrated By Orlagh Cassidy; (Teen) In the After By Demitria Lunetta, Narrated By Julia Whelan

AUDIBLE INC: The Data Runner By Sam A. Patel, Narrated By Vikas Adam; Honeymoon of the Dead By Tate Hallaway; Daughter of Witches By Patricia Wrede, Narrated By Nicole Greevy