JULY 17-23, 2013: I was set to write up a fairly quiet — with the principal exception of the colorful-looking anthology Carniepunk — release week, when Recorded Books unexpectedly dropped one of my most-anticipated titles of the year, Robert Jackson Bennett’s American Elsewhere. It’s months later than the print publication but still well ahead of the previously expected audio release. And! When digging through the non-sf/f catalogs, as I tend to do each release week just to make sure I’m not missing out on something, I found that late last week, Audible Inc. quietly published in its Fiction listings The Teleportation Accident by Ned Beuman, read by none less than the masterful John Lee. So! A pair of delightful monkey wrenches into many an audiobibliophile’s listening plans, and it makes for quite an easy 1-2-3 choice for my…

American Elsewhere by Robert Jackson Bennett, narrated by Graham Winton for Recorded Books. Published in print/ebook by Orbit early this year, it piled up both high reviews and a number of personal recommendations. And now, on the heels of a growing, glowing reputation built both on novels such as Mr. Shivers, The Company Man, and The Troupe, as well as short fiction (“To Be Read Upon Your Waking” among others) is his latest novel, in audio a bit later than we’d like but well (and surprisingly) ahead of the expected September release date. Since the Recorded Books temporary audiobook cover leaves a little to be desired, here’s also the Orbit book cover: 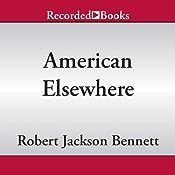 The book: “Some places are too good to be true. Under a pink moon, there is a perfect little town not found on any map. In that town, there are quiet streets lined with pretty houses, houses that conceal the strangest things. After a couple years of hard traveling, ex-cop Mona Bright inherits her long-dead mother’s home in Wink, New Mexico. And the closer Mona gets to her mother’s past, the more she understands that the people of Wink are very, very different…. From one of our most talented and original new literary voices comes the next great American supernatural novel: a work that explores the dark dimensions of the hometowns and the neighbors we thought we knew.”

As for The Teleportation Accident: A Novel by Ned Beauman, it first arrived on my radar for being Booker-longlisted for its 2012 UK publication, ahead of a late Feburary US print/ebook release from Bloomsbury. And now it’s in audio as well, read by one of my favorite narrators, John Lee. “When you haven’t had sex in a long time, it feels like the worst thing that could ever happen. If you’re living in Germany in the 1930s, it probably isn’t. But that’s no consolation to Egon Loeser, whose carnal misfortunes will push him from the experimental theaters of Berlin to the absinthe bars of Paris to the physics laboratories of Los Angeles, trying all the while to solve two mysteries: Was it really a deal with Satan that claimed the life of his hero, Renaissance set designer Adriano Lavicini, creator of the so-called Teleportation Device? And why is it that a handsome, clever, modest guy like him can’t – just once in a while – get himself laid?” 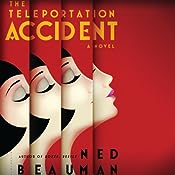 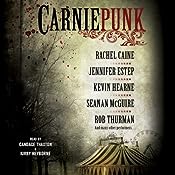 Finally, Carniepunk is an all-original anthology of circus/midway themed urban fantasy, including stories by Rachel Caine, Rob Thurman, Kevin Hearne, Seanan McGuire, Jennifer Estep, Allison Pang, Kelly Gay, Delilah S. Dawson, and Kelly Meding, out in print/ebook from Gallery Books, and here concurrently in audio from Simon & Schuster Audio, narrated by Candace Thaxton and Kirby Heyborne. Certainly eye-catching are the descriptions of McGuire’s story, as well as the note that Hearne’s story is from his Iron Druid Chronicles oeuvre: “Come one, come all! The Carniepunk Midway promises you every thrill and chill a traveling carnival can provide. But fear not! Urban fantasy’s biggest stars are here to guide you through this strange and dangerous world…. Rachel Caine’s vampires aren’t child’s play, as a naive teen discovers when her heart leads her far, far astray in ‘The Cold Girl.’ With ‘Parlor Tricks’ Jennifer Estep pits Gin Blanco, the Elemental Assassin, against the Wheel of Death and some dangerously creepy clowns. Seanan McGuire narrates a poignant, ethereal tale of a mysterious carnival that returns to a dangerous town after 20 years in ‘Daughter of the Midway, the Mermaid, and the Open, Lonely Sea.’ Kevin Hearne’s Iron Druid and his wisecracking Irish wolfhound discover in ‘The Demon Barker of Wheat Street’ that the impossibly wholesome sounding Kansas Wheat Festival is actually not a healthy place to hang out. With an eerie, unpredictable twist, Rob Thurman reveals the fate of a psychopath stalking two young carnies in ‘Painted Love.'” 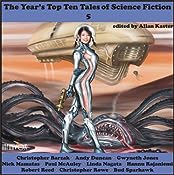 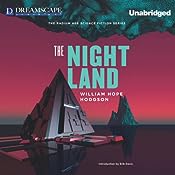 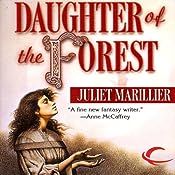 One Response to Release Week: American Elsewhere, The Teleportation Accident, and Carniepunk