JULY 31-AUGUST 6, 2013: Debuts, prequels, sequels, and anthologies, oh my! You can’t throw a dart without hitting something worth listening to in the first release week of August. Post-apocalyptic debut sf? Check. A prequel to a bestselling adventure fantasy series? Check. The latest in R.A. Salvatore’s beloved, long-running series of Drizzt books? How about an all-star-studded anthology reflecting on the influence of Anne McCaffery? Check, and check. Enjoy:

Three: Legends of the Duskwalker, Book 1 By Jay Posey, Narrated By Luke Daniels for Angry Robot on Brilliance Audio, just a couple of days after the print/ebook release. I’ve been imagining “The Book of Eli meets Cowboys vs. Aliens” but this is being received as more “The Book of Eli meets (non-zombie) The Walking Dead” or a “High Tech Dark Tower”. Posey is a long-time video game writer and this is his first novel, with the experienced and talented Daniels (Wild Cards, The Iron Druid Chronicles) narrating: “The world has collapsed, and there are no heroes any more. His name is Three, a travelling gun for hire in a dying world. He has no allegiances, no family, no ties. Against his better judgment, he accepts the mantle of protector to a sick woman on the run, and her young son. Together they set out across the plains in search of a mythic oasis, attempting to survive the forces that pursue them, and the creatures of the dark. In these dark times, a hero may yet arise.” 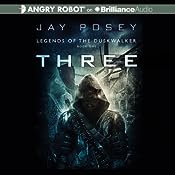 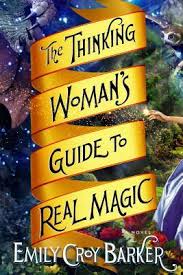 The Thinking Woman’s Guide to Real Magic by Emily Croy Barker, read by Alyssa Bresnahan for Recorded Books, out concurrent with the print/ebook release from Pamela Dorman Books/Viking. Another debut, this one billed as “fantasy for grownups” in the vein of Lev Grossman and Susanna Clarke. “Nora Fischer’s dissertation is stalled and her boyfriend is about to marry another woman.  During a miserable weekend at a friend’s wedding, Nora wanders off and walks through a portal into a different world where she’s transformed from a drab grad student into a stunning beauty.  Before long, she has a set of glamorous new friends and her romance with gorgeous, masterful Raclin is heating up. It’s almost too good to be true. Then the elegant veneer shatters. Nora’s new fantasy world turns darker, a fairy tale gone incredibly wrong.”

The Crown Tower: The Riyria Chronicles, Book 1 By Michael J. Sullivan, Narrated By Tim Reynolds for Recorded Books, out concurrent with the print/ebook release from Orbit. Reynolds returns as narrator in this first in a new prequel series: “Michael J. Sullivan garnered critical raves and a massive readership for his Riyria Revelations series. The first book in his highly anticipated Riyria Chronicles series of prequels, The Crown Tower brings together warrior Hadrian Blackwater with thieving assassin Royce Melborn. The two form a less-than-friendly pairing, but the quest before them has a rare prize indeed, and if they can breach the supposedly impregnable walls of the Crown Tower, their names will be legend.” 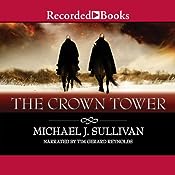 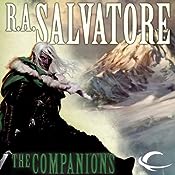 The Companions: Forgotten Realms: The Sundering, Book 1 By R.A. Salvatore, Narrated By Victor Bevine for Audible Frontiers, out concurrent with the print/ebook release from Wizards of the Coast, continues the long-running and best-selling series of Forgotten Realms-set books featuring dark elf Drizzt with the first in a new series, The Sundering: “The Companions moves Salvatore’s signature hero Drizzt into a new era of the Forgotten Realms. As Drizzt’s fate hangs in the balance, he reflects on the lives of the trusted allies who stood by his side throughout his early life – the friends now known as the Companions of the Hall. Meanwhile, the first stirrings of the Sundering begin.”

Dragonwriter: A Tribute to Anne McCaffrey and Pern By Todd McCaffrey (Editor), Narrated By Emily Durante, Mel Foster, Janis Ian, and Todd McCaffrey for Brilliance Audio. “In Dragonwriter, Anne’s son and Pern writer Todd McCaffrey collects memories and stories about the beloved author, along with insights into her writing and legacy, from those who knew her best. Nebula Award-winner Elizabeth Moon relates the lessons she learned from Pern’s Lessa (and from Lessa’s creator); Hugo Award-winner David Brin recalls Anne’s steadfast belief that the world to come will be better than the one before; legendary SFF artist Michael Whelan tells stories about never-before-published Pern sketches from his archives; and more.” 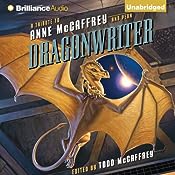 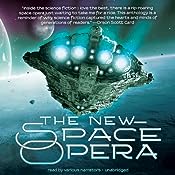 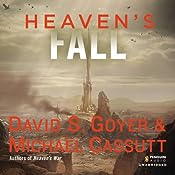 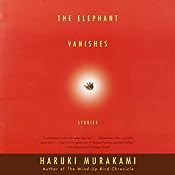