AUGUST 7-13, 2013: Some concurrent new releases, another just-barely-delayed, and one of 2010’s most missing in audio make for a varied list of picks this week, from teen dystopian CornPunk to space sf, to a story collection, and a couple of intriguing “genre in the mainstream” books as well. In particular, in the “also out this week”, Victoria Lustbader’s powerful novel Approaching the Speed of Light was a hard cut this week. Enjoy!

Under the Empyrean Sky: The Heartland Trilogy, Book 1 By Chuck Wendig, Narrated By Nick Podehl for Brilliance Audio, about a week and a half after the book’s print/ebook release from Skyscape, but hey, who can’t wait a few extra days for “CornPunk” from the terrible mind of Chuck Wendig, narrated by the voice of Patrick Rothfuss’s The Name of the Wind, I ask you? Additionally, it’s a very good “Whispersync for Voice” price deal, and to me strikes into a similar vein as China Mieville’s Railsea. “Corn is king in the Heartland, and Cael McAvoy has had enough of it. It’s the only crop the Empyrean government allows the people of the Heartland to grow—and the genetically modified strain is so aggressive that it takes everything the Heartlanders have just to control it. As captain of the Big Sky Scavengers, Cael and his crew sail their rickety ship over the corn day after day, scavenging for valuables. But Cael’s tired of surviving life on the ground while the Empyrean elite drift by above in their extravagant sky flotillas. He’s sick of the mayor’s son besting Cael’s crew in the scavenging game. And he’s worried about losing Gwennie—his first mate and the love of his life—forever when their government-chosen spouses are revealed. But most of all, Cael is angry—angry that their lot in life will never get better and that his father doesn’t seem upset about any of it. When Cael and his crew discover a secret, illegal garden, he knows it’s time to make his own luck…even if it means bringing down the wrath of the Empyrean elite and changing life in the Heartland forever.” 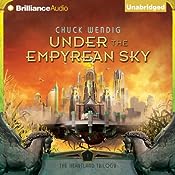 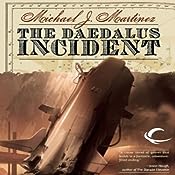 The Daedalus Incident By Michael J. Martinez, Narrated By Kristin Kalbli and Bernard Clark for Audible Frontiers concurrent with the print/ebook release from Night Shade Books. The book is a recent Big Idea subject on Scalzi’s Whatever blog: “So…I’m crashing an 18th century frigate into 22nd century Mars. While that is certainly a rather large and important-ish idea in my debut novel, The Daedalus Incident, it’s actually not the Big Idea.” And while Kalbli is (I think) a new narrator to me, Bernard Clark was masterful on Hal Duncan’s Vellum.

The Color Master: Stories is a collection of stories by the genre-bending Aimee Bender, narrated by a full cast for Random House Audio out concurrent with the print release. Bender’s stories have appeared all over the place, from Tin House to Lightspeed to being reprinted in anthologies such as James Patrick Kelly and John Kessel’s Feeling Very Strange, and they are wriggly, hard-to-categorize things that make Bender (like fellow Tin House publishee Kelly Link) kind of her own category. Weird, strange, and yet relevant stories to chew on and enjoy. 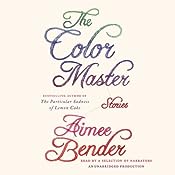 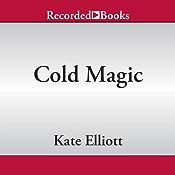 Lastly, Cold Magic By Kate Elliott is out narrated by Charlotte Parry for Recorded Books. The book was published by Orbit in 2010, beginning Elliott’s Spiritwalker trilogy which concluded with this year’s Cold Steel. Here: “A bold new epic fantasy in which science and magic are locked in a deadly struggle. It is the dawn of a new age…. The Industrial Revolution has begun, factories are springing up across the country, and new technologies are transforming the cities. But the old ways do not die easy. Cat and Bee are part of this revolution. Young women at college, learning of the science that will shape their future and ignorant of the magics that rule their families. But all of that will change when the Cold Mages come for Cat. New dangers lurk around every corner and hidden threats menace her every move. If blood can’t be trusted, who can you trust?” 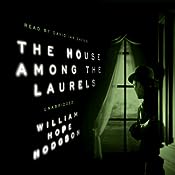 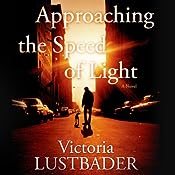 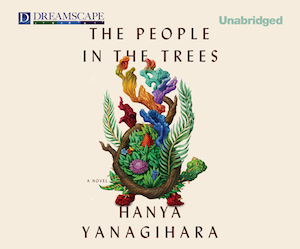