SEPTEMBER 4-10, 2013: After closing the summer months with Jason Mott’s debut The Returned (Brilliance Audio) and Ellen Kushner and Delia Sherman’s 2003 novel The Fall of the Kings (Neil Gaiman Presents), the fall audiobook release schedule got off to a cracking start last week with early September releases of Margaret Atwood’s MaddAddam (Random House Audio), Kim Stanley Robinson’s Shaman (Hachette Audio), and Nancy Farmer’s The Lord of Opium (Simon & Schuster Audio). This week brings western storytelling from Joe R. Lansdale, a zombie beat-down “for the kids!” from Paolo Bacigalupi, fiction from Jonathan Lethem, and a star-studded sf anthology. In other audiobook news of importance this week, the coming soon listings now includes Tad Williams’ new Bobby Dollar book, Happy Hour in Hell: Bobby Dollar, Volume 2 read by George Newbern, which is scheduled for a Thursday release, just a bit more than a week after the print publication last week. Look for more on that score in next week’s write-up, but for now: Enjoy!

The Thicket by Joe R. Lansdale (Mulholland Books / Hachette Audio) — Narrator Will Collyer was quite good on Austin Grossman’s YOU, another Mulholland title in a string of excellent reads and listens from them in 2013 along with Warren Ellis’ Gun Machine and Lauren Beukes’ The Shining Girls — only The Shining Girls is overtly speculative, so I think I’ve found an imprint to confidently follow out of genre, or at least into the wild underbrush between bookstore sections. Where is the line between tall tale and myth, anyway? Here: ‘In the throes of being civilized, East Texas is still a wild, feral place. Oil wells spurt liquid money from the ground. But as Jack’s about to find out, blood and redemption rule supreme. In The Thicket, award-winning novelist Joe R. Lansdale lets loose like never before, in a rip-roaring adventure equal parts True Grit and Stand by Me–the perfect introduction to an acclaimed writer whose work has been called “as funny and frightening as anything that could have been dreamed up by the Brothers Grimm–or Mark Twain” (New York Times Book Review).’ Another pre-release review, from Kirkus Reviews, calls the book: “Alternately violent and tender, with a gently legendary quality that makes this tall tale just about perfect.” 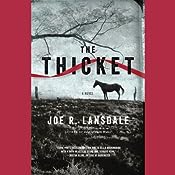 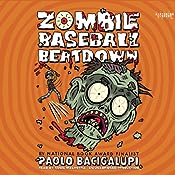 Zombie Baseball Beatdown by Paolo Bacigalupi (Little, Brown Books for Young Readers / Listening Library) — Narrator Sunil Malhotra is new to me, and is also the voice of one of the big fiction releases this fall, Jhumpa Lahiri’s The Lowland. Bacigalupi, of course, is the award-winning author of the 2009 biopunk science fiction The Windup Girl and the ecopunk YA novels Shipbreaker and The Drowned Cities. Here Bacigalupi aims for an even younger readership: “The zombie apocalypse begins on the day Rabi, Miguel, and Joe are practicing baseball near their town’s local meatpacking plant and nearly get knocked out by a really big stink. Little do they know the plant’s toxic cattle feed is turning cows into flesh-craving monsters!” Knopf will publish Bacigalupi’s return to adult fiction, The Water Knife, in 2015, and in today’s Big Idea on Scalzi’s Whatever blog, Bacigalupi explains this “shortest path detour” through writing a zombie book for kids instead of that next “serious” book.

Dissident Gardens: A Novel by Jonathan Lethem (Doubleday / Random House Audio) — Read by Mark Bramhall, one of my favorites for his performance in Lev Grossman’s The Magicians and The Magician King, this one’s slotted fairly solidly in fiction. But it still gets my interest as Lethem is one of those “literary” authors who doesn’t merely dabble in writing sf from time to time — he co-edited The Exegesis of Philip K. Dick for goodness sakes — but breathes it into his works, whatever label ends up being slapped on the end. There’s a sensibility at work. Granted, it isn’t one that I always “get” but a Lethem novel is always one to check out. Dissident Gardens follows “three generations of all-American radicals” from the 30s, the 70s, and the 2010s. Library Journal‘s starred review calls it “a moving, hilarious satire of American ideology and utopian dreams” which certainly catches my interest as well. 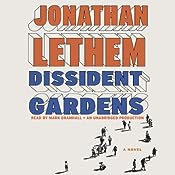 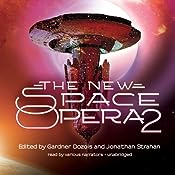 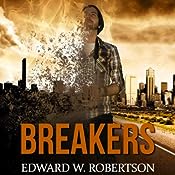 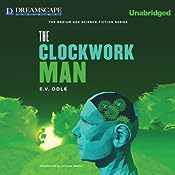 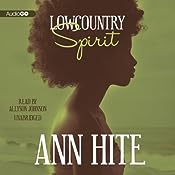 Breakers: Book 1 By Edward W. Robertson, Narrated By Ray Chase for Podium Publishing — Podium produced Andy Weird’s The Martian and is back with another intriguing sf title. Here: “In New York, Walt Lawson is about to lose his girlfriend Vanessa. In Los Angeles, Raymond and Mia James are about to lose their house. Within days, none of it will matter. When Vanessa dies of the flu, Walt is devastated. But she isn’t the last. The virus quickly kills billions, reducing New York to an open grave and LA to a chaotic wilderness of violence and fires. As Raymond and Mia hole up in an abandoned mansion, where they learn to function without electricity, running water, or neighbors, Walt begins an existential walk to LA, where Vanessa had planned to move when she left him. He expects to die along the way. Months later, a massive vessel appears above Santa Monica Bay. Walt is attacked by a crablike monstrosity in a mountain stream. The virus that ended humanity wasn’t created by humans. It was inflicted from outside. The colonists who sent it are ready to finish the job – and Earth’s survivors may be too few and too weak to resist.”

The Clockwork Man: The Radium Age Science Fiction Series By E.V. Odle, Narrated By Ralph Lister for Dreamscape Media — “Several thousand years from now, advanced humanoids known as the Makers will implant clockwork devices into our heads. At the cost of a certain amount of agency, these devices will permit us to move unhindered through time and space, and to live complacent, well-regulated lives. However, when one of these devices goes awry, a “clockwork man” appears accidentally in the 1920s, at a cricket match in a small English village. Comical yet mind-blowing hijinks ensue.”

Short: Lowcountry Spirit By Ann Hite, Narrated By Allyson Johnson for AudioGO — I picked this up due to a very friendly Whispersync price point ($0.99 Kindle plus $2.99 Audible) — it is a prequel to The Storycatcher which is also out today, narrated by Johnson for AudioGO. “A haunting historical novella, Lowcountry Spirit tells the story of three slave girls with mystical powers living on an eerie island off the coast of Georgia whose lives intertwine in their quest for freedom.” 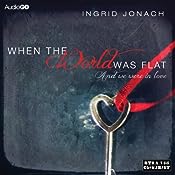 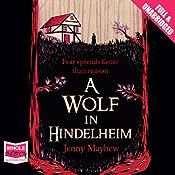 AUDIOGO: (Teen) When the World was Flat (And We Were in Love) By Ingrid Jonach, Narrated By Daniela Vanasco

RECORDED BOOKS: Isaac Asimov’s I Robot: To Obey By Mickey Zucker Reichert, Narrated By Alma Cuervo; and (Mystery) The Bones of Paris (A Novel of Suspense) By Laurie R. King, Narrated By Jefferson Mays