Release Week: Doctor Sleep, The Incrementalists, Every Boy Should Have a Man, and North American Lake Monsters

SEPTEMBER 18-24, 2013: Well, I warned you last week that this week would be big. Huge. The list of excellent audiobooks that fall into the “also out this week” would make for a stellar set of release week picks: V.E. Schwab’s Vicious (Tor and Brilliance Audio), James A. Moore’s Seven Forges, Jhumpa Lahiri’s recently-ABA-longlisted The Lowland, War of the Worlds: Global Dispatches, Laura Anne Gilman’s Paranomal Scene Investigations, David Tallerman’s Prince Thief, Anton Strout’s Stonecast, Jason M. Hough’s The Dire Earth Cycle concludes with The Plague Forge and Emma Newman’s The Split Worlds concludes with All Is Fair, Allan Gurganus returns to the setting of his Oldest Living Confederate Widow Tells All with Local Souls, John Brandon’s surrealistic A Million Heavens, a new Penumbra short from Robin Sloan, not to mention Brandon Sanderson’s “first novel for teens”, the YA superhero novel Steelheart. I mean, that’s pretty much two weeks worth right there. But I’m sticking to these four picks as the must-listens in a crowded week, a varied list of themes and styles that I found the most intriguing. Two concurrent hardcover releases whose experienced and bestselling authors are both having “first novel” esque jitters, and two small press titles from earlier this year now in audio, the first a short novel from Akashic Press, and the second a Small Beer Press-published collection of powerful short fiction. Enjoy!

There’s little doubt that the blockbuster of the week is Doctor Sleep, a decades-later sequel to Stephen King’s The Shining, read by Will Patton for Simon & Schuster Audio concurrent with the hardcover release from Scribner. It’s also got a wicked cover, so there’s that. “Haunted by the inhabitants of the Overlook Hotel where he spent one horrific childhood year, Dan has been drifting for decades, desperate to shed his father’s legacy of despair, alcoholism, and violence. Finally, he settles in a New Hampshire town, an AA community that sustains him, and a job at a nursing home where his remnant ‘shining’ power provides the crucial final comfort to the dying. Aided by a prescient cat, he becomes ‘Doctor Sleep.’ Then Dan meets the evanescent Abra Stone, and it is her spectacular gift, the brightest shining ever seen, that reignites Dan’s own demons and summons him to a battle for Abra’s soul and survival. This is an epic war between good and evil, a gory, glorious story that will thrill the millions of devoted readers of The Shining and satisfy anyone new to the territory of this icon in the King canon.” 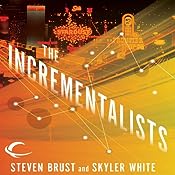 The Incrementalists by Steven Brust and Skyler White is out from Tor and Audible Frontiers, and the co-authors requested and got their audiobook dream team of Ray Porter and Mary Robinette Kowal. Brust is the bestselling author of the Vlad Taltos series, and while I have much more familiarity with Kowal as a narrator than Porter, my experience with both narrators is very good. Put it all together in a book that John Scalzi blurbs as “Secret societies, immortality, murder mysteries and Las Vegas all in one book? Shut up and take my money.” and you’ll have my attention. “The Incrementalists—a secret society of two hundred people with an unbroken lineage reaching back forty thousand years. They cheat death, share lives and memories, and communicate with one another across nations, races, and time. They have an epic history, an almost magical memory, and a very modest mission: to make the world better, just a little bit at a time. Their ongoing argument about how to do this is older than most of their individual memories. Phil, whose personality has stayed stable through more incarnations than anyone else’s, has loved Celeste—and argued with her—for most of the last four hundred years. But now Celeste, recently dead, embittered, and very unstable, has changed the rules—not incrementally, and not for the better. Now the heart of the group must gather in Las Vegas to save the Incrementalists, and maybe the world.”

Preston L. Allen’s Every Boy Should Have a Man was published earlier this year by small independent Akashic Press. Now it’s in audio, read by Michael McConnahie for Audible, and while I’m not completely sold on McConnahie’s overly-radio-announcer mainline narration, his voices in dialogue here are delightful and the story is just… bizarre and strange and fantastic. “A riveting, poignant satire of societal ills, with an added dose of fantasy, Every Boy Should Have a Man takes place in a post-human world, where creatures called oafs keep humanlike “mans” as beloved pets. One day, a poor boy oaf brings home a man, whom he hides under his bed, in the hopes his parents won’t find out. When the man is discovered, the boy admits it is not his – but the boy is no delinquent. Despite the accusations being hurled at him, he’s telling the truth when he says he found the man wandering aimlessly in the bramble. Nevertheless, he must return the man to his rightful owner. But when the heartbroken boy comes home from school one afternoon, he finds wrapped up in red ribbon a female man with a note around her neck: ‘Every boy should have a man. You’re a fine son. Love, Dad.'” 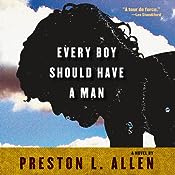 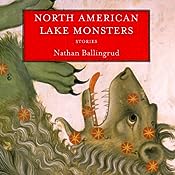 Finally, a collection,  North American Lake Monsters: Stories By Nathan Ballingrud, narrated By Travis Young for Audible Inc. after being published in print/ebook earlier this year by Small Beer Press. I’ve heard Ballingrud read from his collection and am delighted to say that narrator Young captures the author’s voice and taps into the working class essence of these monstrous, lovely stories. Fair warning: “The Good Husband” may haunt you for some time after your encounter with it. “In this striking and bleak, yet luminous debut collection, Nathan Ballingrud, winner of the inaugural Shirley Jackson Award, uses the trappings of the Gothic and the uncanny to investigate a distinctly American landscape: The loneliest and darkest corners of contemporary life.” 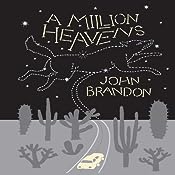 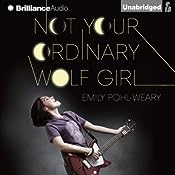 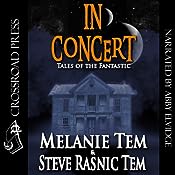 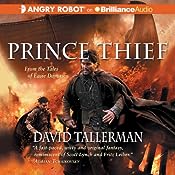 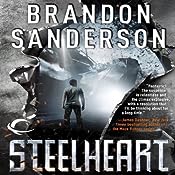 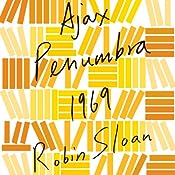 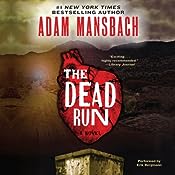